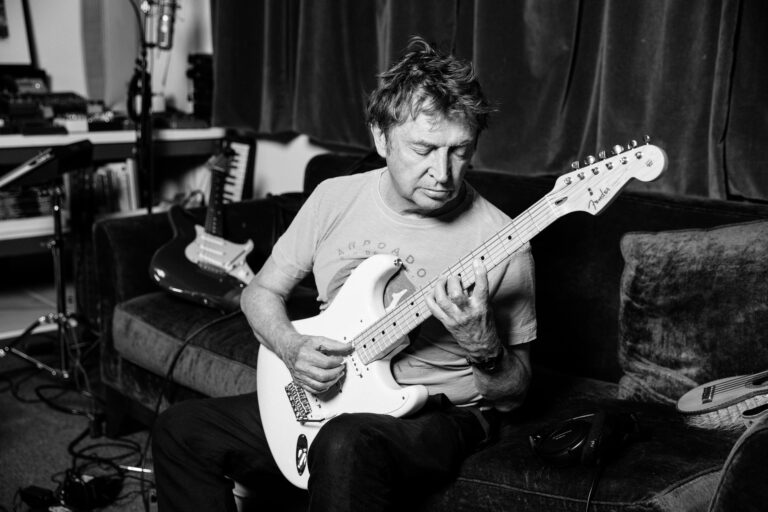 Before rising to international fame in the 1970s as the guitarist for English rock band the Police, Andy Summers started his career performing with Zoot Money, The Animals, Soft Machine, Kevin Koyne and Keving Ayers. After the Police stopped recording in 1986, Summers continued with a solo career, while also diving into photography. Between 1982 and 2017 Summers released fourteen solo albums and contributed to eight records made by artists such as Robert Fripp, John Etheridge, Benjamin Verdery, Victor Biglione, Roberto Menescal and Fernanda Takai.

In 2021 Summers released his fifteenth solo album, Harmonics of the Night, the concluding chapter in a trilogy that includes Metal Dogs (2015) and Triboluminescence (2017).

September 30, Summers will be touching down here at De Oosterpoort proving that, even at almost 80, he still remains a brilliant and innovative guitarist.