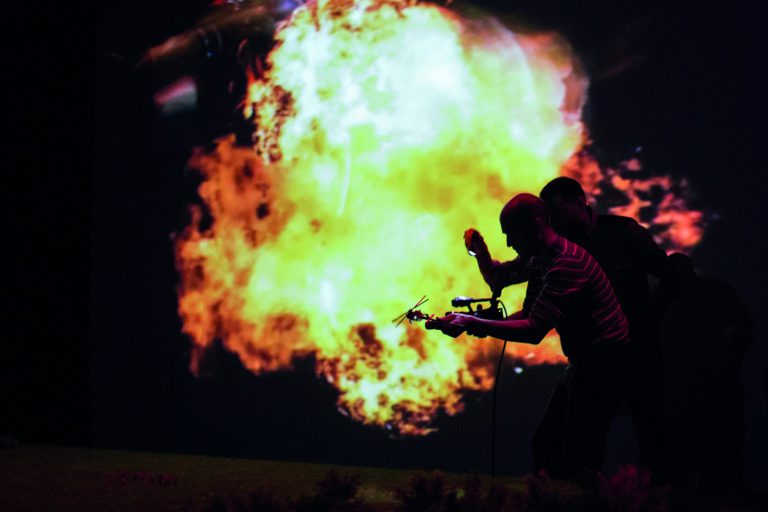 English text A House in Asia

Hallucinatory western about the period after 9/11

‘A House in Asia’ refers to the house in Pakistan in which Osama bin Laden met his death. We follow the hunt of Evil with Matt Bissonnette, the man who killed Bin Laden. Or did he? Regardless: his story is told with the help of Google Earth images, handheld cameras, scale models and old (western) movie fragments. Now Osama bin Laden is Evil, but 150 years ago the Indians were persecuted by white colonists and in the book ‘Moby Dick’ the whale was the ultimate Evil. These three stories are ingeniously woven together in a piercing visual performance, with humour, craftsmanship and on a propelling soundtrack. Spoken in English, with Dutch subtitles.