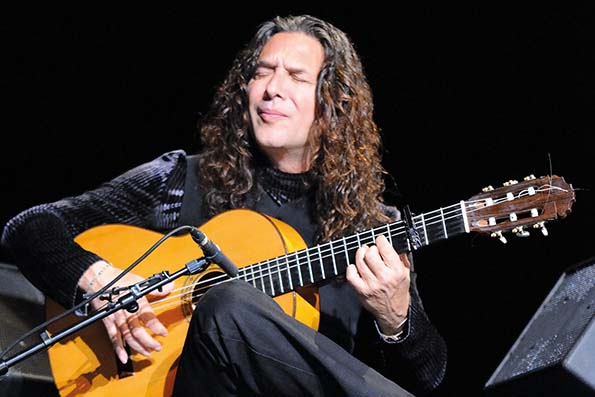 The Spanish guitarist Tomatito is a legend within the world of flamenco music. For years he was the regular accompanist of Camarón de la Isla. The musical play of his recently deceased teacher Paco de Lucía is still a great source of inspiration. Because even though Tomatito likes to experiment with jazz, latin or rock, you can always hear his Andalusian roots in his flamenco nuevo. During this concert he will be performing the virtuoso and swinging music from his recent album ‘Soy Flamenco’, for which he received a Latin Grammy. With whirling flamenco dance by Paloma Fantova and his son as second guitarist by his side.

“Tomatito played with such clean intent that it was possible for you to feel the energy and gesture and contrast in those individual notes and phrases as if you were playing them yourself.”