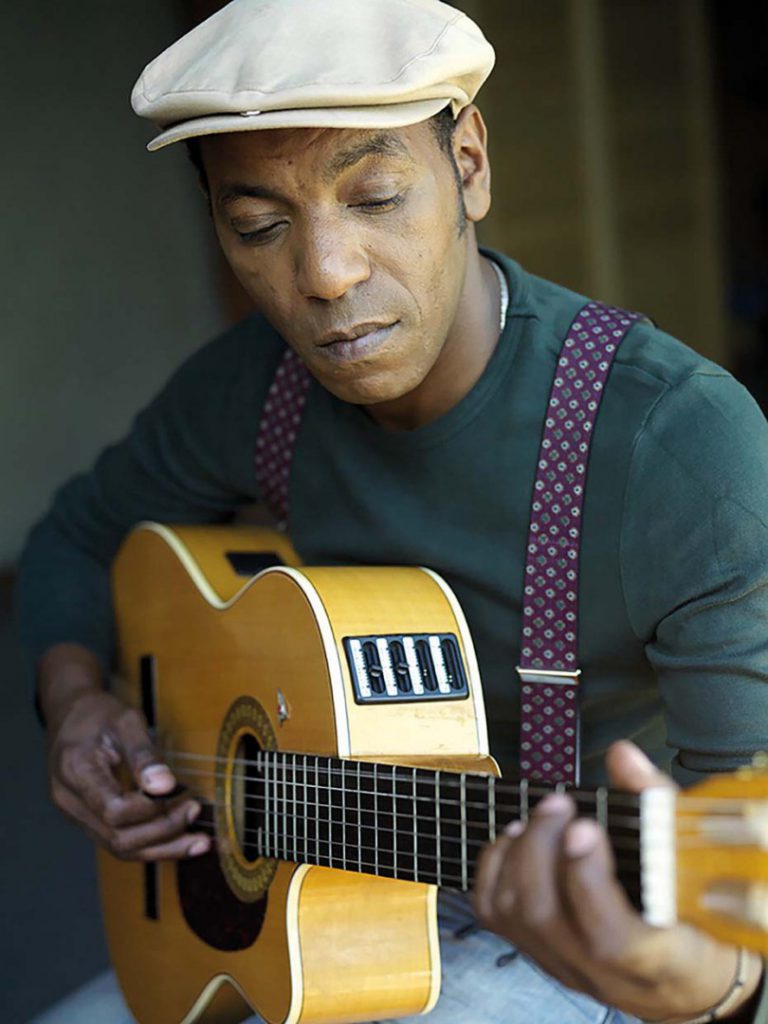 If the in 2011 deceased Cesaria Evori was the queen of the morna, then Tito Paris is the king. The Cape Verdean came to Portugal at a young age, where he collaborated with Evora and Bana for example, to finally start his own band. Successfully, as his sultry swinging songs – mornas and coladeras – paint a beautiful picture of his homeland and harvest success all over the world. Whoever wants to bring the Cape Verdean sun to their home, definitely has to listen to Paris’s long anticipated album, which will be released somewhere in 2014. And of course come to De Oosterpoort in February to listen to all that great music live.

”’Acústico’ is a striding and powerful work.”