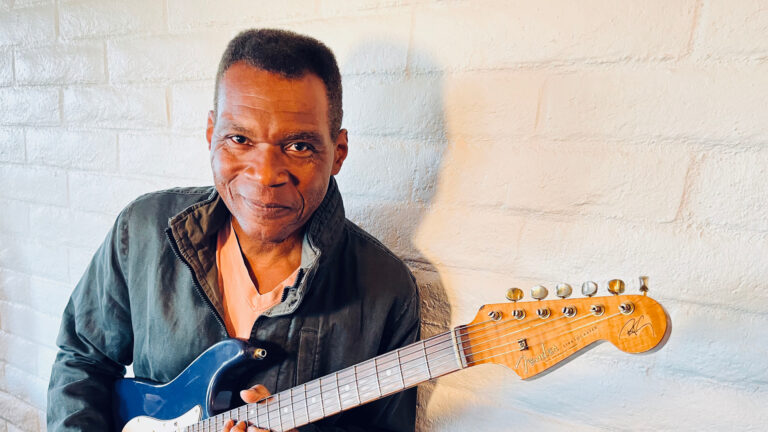 For decades, Robert Cray (1953) has been considered one of the greatest guitarists of his generation. With 5 Grammy Awards, some well-known world hits, the worldwide sale of millions of records and thousands of sold-out concerts all over the world, the singer/guitarist is an essential presence in the international music world.

In his 40-year career, Cray has written and performed with many international fellow artists, from Eric Clapton to Stevie Ray Vaughan and from Bonnie Raitt to John Lee Hooker, to name but a few. Jimi Hendrix and BB King are cited as great inspirations, along with musicians such as singer Bobby ‘Blue’ Bland and guitarist Albert Collins.

His latest album, That’s What I Heard, earned him another Grammy nomination and is also the reason for an extensive new tour with which he will visit De Oosterpoort May 25.