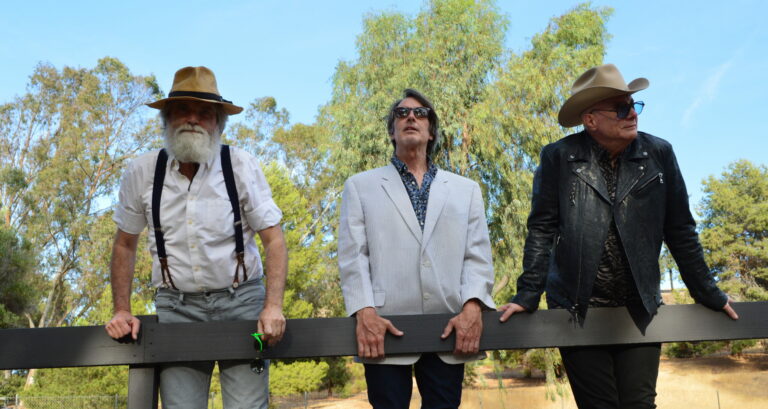 The Long Ryders were and are the founders of alt-country, a musical genre which did not exist before they burned so brightly in the eighties, and are a key link in the americana chain, uniting Gram Parsons’ Flying Burrito Bros with Wilco and the Jayhawks. And fortunately for us all the Long Ryders saddle up again in February 2019 when their first album in three decades is released, Psychedelic Country Soul, with a tour to follow.

Back in the day their indie LP Native Sons was the number one alternative/college radio album in the USA, and the held the number two spot on the UK’s indie charts. Their next album was State Of Our Union, featuring the classic single, Looking For Lewis & Clark. Exhausted after four years of solid road work, 1987 saw the Long Ryders release their swan song, Two Fisted Tales to great acclaim, but the band was history by Christmas. In 2019 the Long Ryders hit the road in support of Psychedelic Country Soul and the world once again saw the power of an electric 12-string guitar when matched by a punk energy.

Much like the entire music business, the band took ‘a break’ in the last two years from live show and focused on new material. Their efforts turned into a brand-new album titled September November and will be released in early 2023. Recorded on a ranch in rural San Diego County, California, the album is The Long Ryders’ first after the sad passing of longtime bass guitarist Tom Stevens.

There is nothing like the Long Ryders live, not back then, and not now. Go see them for the ride of your life. Saddle up and hang on tight.