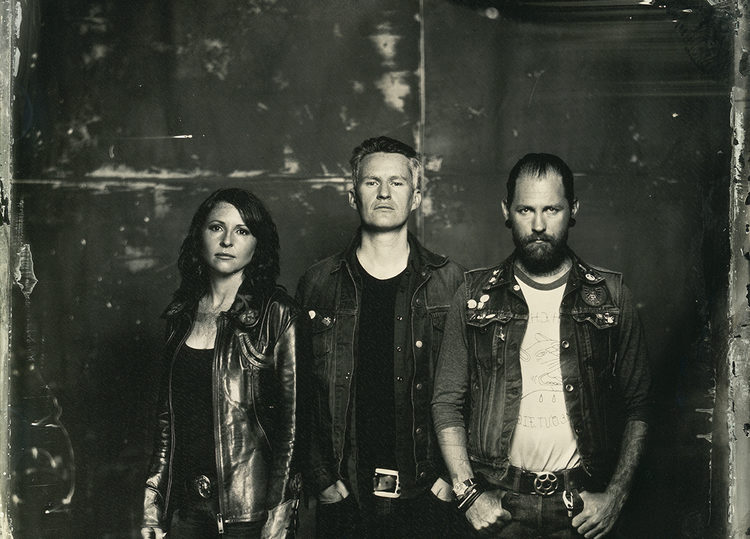 A few weeks before the Americana festival takes control over De Oosterpoort in Groningen, the gritty and passionate blues of The Devil Makes Three resounds here on 23 September as part of ‘TakeRoot presents…’.

Hand-picked
Long before the festivals of the sixties and seventies and last years’ revivals, long before the inventions of the long-playing record, the radio, and the pop industry, a long long time before it was already there: Americana. It was not named as such, no one studied it; it just was there. In huts, shacks, on fields, in tents, in churches. Not as a genre, but to give expression to life and work in the south of the United States. As hand-picked as the songs sounded then, that is how the songs of The Devil Makes Three sound today.

Rougher brother
The Santa Cruz trio has been mixing gospel, blues, ragtime, and folk, and adding some bluegrass, punk, and rockabilly since 2002, resulting in albums that are mainly filled with their own compositions that live and breathe the US’ country side. Passionate, sometimes sinister music. Without drums but with contrabass, banjo, guitar, and wonderful vocals with a country gasp. The somewhat rougher brother to Pokey Lafarge.

Rootsy glory!
On their most recent 2016 album ‘Redemption & Ruin’ the group searches for its sources of inspiration, which resounds in old traditional tracks and original interpretations of songs from among others Muddy Waters, Willie Nelson, Kris Kristofferson, Tom Waits, Townes van Zandt, and Hank Williams. The album was produced by Buddy Muller and Emmylou Harris provides some vocals. This tells you something about the trio’s status in the genre of roots. “A tremendous album that despite none of the songs being band originals none the less shows the Devil Makes Three in all their rootsy glory!” (American Roots)