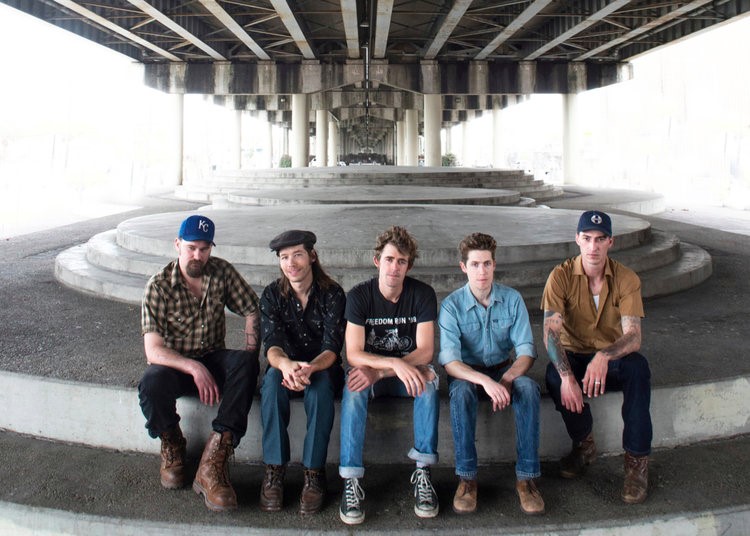 “Somehow the country gospel of “Those Were (Could’ve Been) the Days” and the Morricone-on-the-cowboy-trail arrangement of “Time to Believe In” actually sound fresh in 2015. Even as these songs delve deep into the past, they never sound calculated or revivalist, which is refreshing after the parade of tweed jackets and uplifting choruses that have defined Americana for the last several years. Instead, The Deslondes sounds like something scavenged and salvaged, as though the band members found that walking bass line or that rockabilly rhythm just lying around on the street, unused and abandoned. They know it’d be a shame to let it go to waste.”

The Deslondes are a five-piece band from New Orleans. In the time between the release of their self-titled debut and sophomore album, Hurry Home, The Deslondes have toured the world and drawn critical acclaim for their studied and inventive take on New Orleans country and R&B. Songs like “Muddy Water” and “Less Honkin’ More Tonkin” bear the mark of a hot New Orleans summer: a lack of air-conditioning, and creaky wood floors, which yield a languid, dreamy sound.

Spirit Family Reunion began singing together on the street corners of New York City in 2009. Since that time they have travelled the highways of America delivering raw, high energy, honest music. They have shared the stage with musical heroes such as Pete Seeger and Levon Helm, and have given notable performances at festivals including the legendary Newport Folk Festival. The band has self-produced and self-released two full-length studio albums and they are currently working on a new record.

Check out the websites of The Deslondes and Spirit Family Reunion