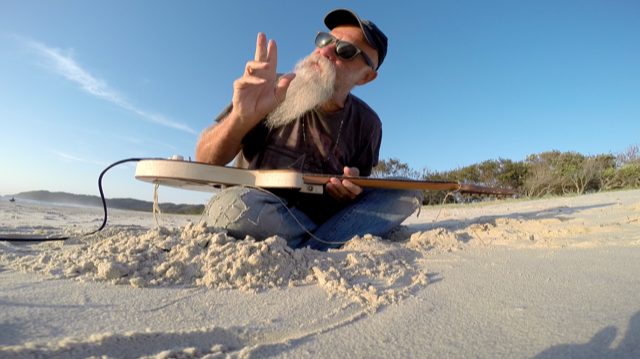 Rattle blues at its best

With his raw blues rock without fuss, played on the guitars he built with his own hands, Seasick Steve sounds more vital than many a younger musician. He has been characterised as an extraordinary artist ever since he became known generally through his incredibly raw, powerful and emotional performances on television. It is during these surprising and compelling live shows Seasick Steven and his drummer Dan Magnusson excel most.

The 2016 release of his latest album Keepin’ The Horse Between Me And The Ground led to a performance in the iconic SSE Arena, Wembley in London. The album was Steve’s fifth consecutive Top 10 album in the United Kingdom.

You rock, don’t you

The craziest, best-rocking and wildest show

Seasick Steve says he has the time of his life when he sells out venues and tours all over the world. The energy of recording new tracks and the kick of playing live in front of huge crowds keep motivating him. This is the craziest, best-rocking and wildest show you will see all summer.