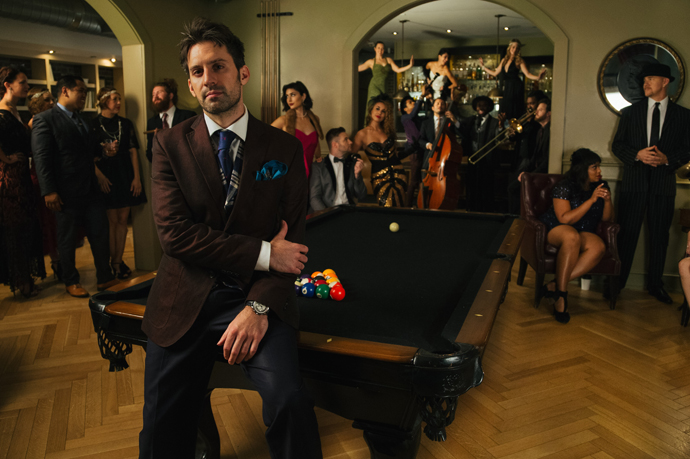 What do David Guetta, Fred Astaire, Hozier, Guns ’n Roses, Taylor Swift and Macklemore have in common? Their songs have all been covered in a special way by jazz pianist Scott Bradlee and his Postmodern Jukebox. The American is a true musical chameleon who uses the most diverse styles for all his vintage covers. From doo-wop to ragtime, from Motown-soul to smooth jazz and pretty much everything in between, Bradlee and his band can do it all.

By now it has been three years since Bradlee had his breakthrough on YouTube with his ‘Motown Tribute to Nickelback’. The video went viral and where other internet celebrities can only enjoy their fame for a little while, Bradlee is still a tour de force. End of last year his cover of Meghan Trainor’s ‘All About That Bass’ got 8 million views within three months and recently his channel reached a million subscribers. Besides this, the pianist got to partly make the soundtrack for the popular videogame ‘Bioshock: Infinite’ which was sold over 6 million times.

That the step from the small screen to the big stage isn’t a problem for the musician, was proven with his tour through the Netherlands last year. A wildly enthusiastic audience witnessed a great craftsman who also surprises live with covers of recent songs, tap dancers and quite a few jokes in between. A must for everyone who missed him last time and for the people who would like to see the band perform again!

“Impressively and refreshingly, Scott Bradlee’s Postmodern Jukebox are a YouTube band made even better by seeing them live!”