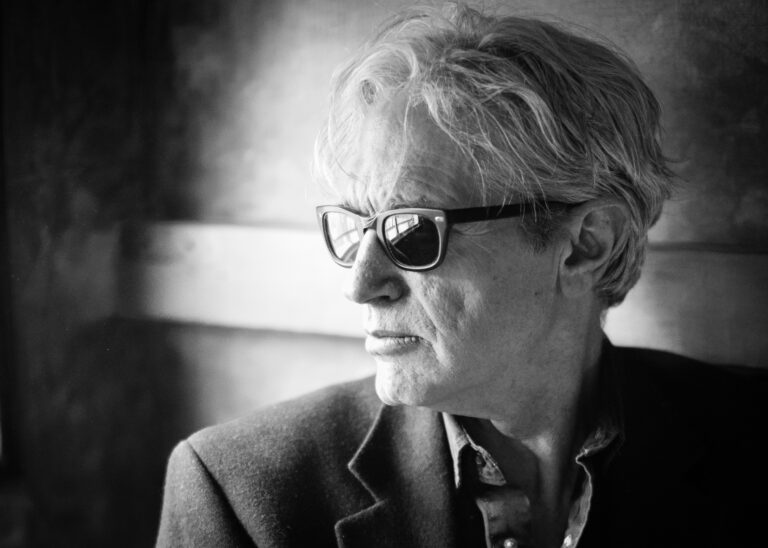 Sam Baker grew up in Itasca, Texas, a village on the outskirts of Texas. His mother played the church organ, his father listened to blues legends such as Lightnin’ Hopkins, Brownie McGee and Sonny Terry. From an early age Baker felt a kinship to Johnny Cash, and his narrative way of singing. Baker’s raspy, spoken-word style of singing is distinctively his own, sneaking up on you with its emotional punch. His poetic, precise observations on the complexity of both beauty and tragedy make him a kinsman to colleagues such as Townes Van Zandt, Guy Clark and John Prine.

Baker often draws inspiration from his personal experiences, such as when he survived a bombing on a train in Peru in 1986, which left him with a punctured femoral artery, a shattered left hand and ruptured eardrums. His most recent studio album, Land of Doubt, dates from 2017, and is a suspenseful musical detour on electric guitar. In 2019 Baker released his first live album, Horses & Stars, a wonderful collection of some of his most memorable live performances.