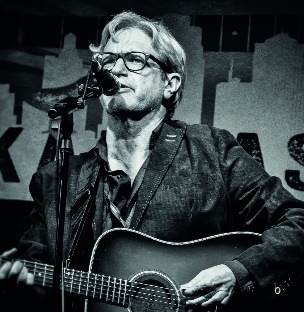 Sam Baker (1954) is a typical American singer-songwriter and was previously our guest two years ago, at TakeRoot. Baker grew up just outside Dallas, Texas in a musical family. The penny dropped for the young Sam when he heard the narrative way of singing of Johnny Cash in ‘Ride This Train’. He decided to get into music and Bakers raspy, almost spoken style of singing has become almost as characteristic as that of his idol. His style is also heavily influenced by a bombing in Peru, which he barely survived. As a consequence he was forced to learn to play the guitar left-handedly. In several of his songs he speaks about this bombing. His latest album, ‘Say Grace’ from 2013, was well received. “Sam Baker is busy creating his own compelling, musical universe.” (Kindamuzik)