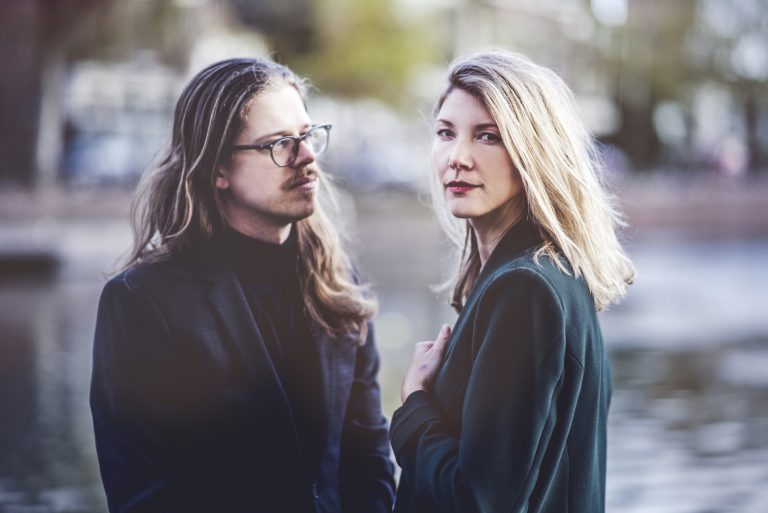 Most beautiful song in the world

Dutch duo Rosemary & Garlic returns to Groningen. During the previous edition of Noorderslag, they enchanted the audience with pure, intangible, fairy-tale like music. With their recently released album Rosemary & Garlic, they prove themselves once more.

The music is rooted in the folk and singer-songwriter traditions. Anne’s beautiful, sparkling voice teams up wonderfully with the splendid, bright sounds of Dolf’s music.

Following the wintery 2015 EP The Kingfisher, on the debut album Rosemary & Garlic we can hear all four seasons with every song coloured in carefully like a painting. The duo went into the studio without a clear-cut plan.

Rosemary & Garlic
They discovered their shared passion for this music and these musicians when they met during a singer-songwriter competition. At first instance, Anne became a background singer in Dolf’s band at the time. “After a while, I realised it would be better if we turned the tables and let Anne’s lyrics take centre stage and have my music accompany them. That is how Rosemary & Garlic arose,” says Dolf.

Most beautiful song in the world
The single I’m Here, which was released preceding the new album, appeared in Spotify’s prestigious The Most Beautiful Songs in the World playlist.

International interest
Rosemary & Garlic’s song Old Now has already been streamed 7 million times so far and with 700.000 unique listeners they are one of the most popular Dutch bands. The ever-growing international interest led to a record contract with Nettwerk Music Group, the company that will release the album worldwide.

During the live show in USVA, Rosemary and Garlic will be accompanied by Dionne Nijsten (cello) and Tim Vermulst (drums and Moog).