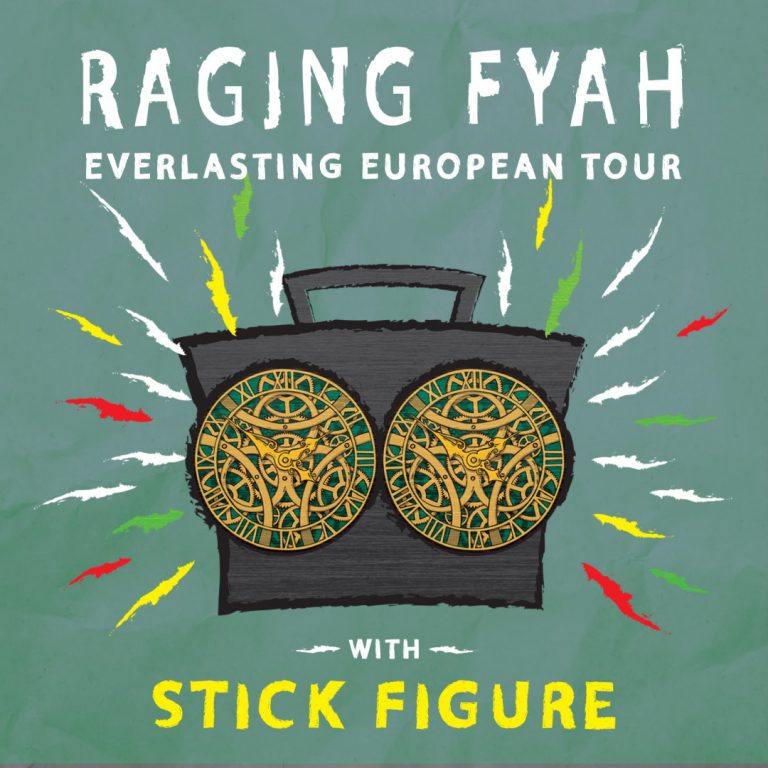 Raging Fyah is one of the major groups in the Jamaican reggae scene. Driven by passion and tons of life experience, the band travels through all sorts of genres but keeps ending up at roots reggae. It is not for nothing Raging Fyah is considered a pioneer of the ‘Reggae Revival’ movement. The group’s wonderful melodies are often compared to those of their heroes: Bob Marley, Peter Tosh and Third World.

Scott Woodruff is the mastermind behind Stick Figure’s lively musical landscape. He previously released five solo albums, but this American born in Massachusetts broke through with the recently released ‘Set in Stone’. This dub roots reggae album entered the Billboard and iTunes Reggae Charts at number 1. Built on hypnotising rhythms, choruses you can instantly sing along with and striking live performances, the fan base of Woodruff and his live companions – Kevin Bong (KBong) on keyboards, Kevin Offitzer on drums and Tommy Suliman on bass – is growing steadily. With its melodious reggae with heavy rhythms and sparkling electronic orchestration, Stick Figure ensures a cracking concert. Do not miss this musical party!