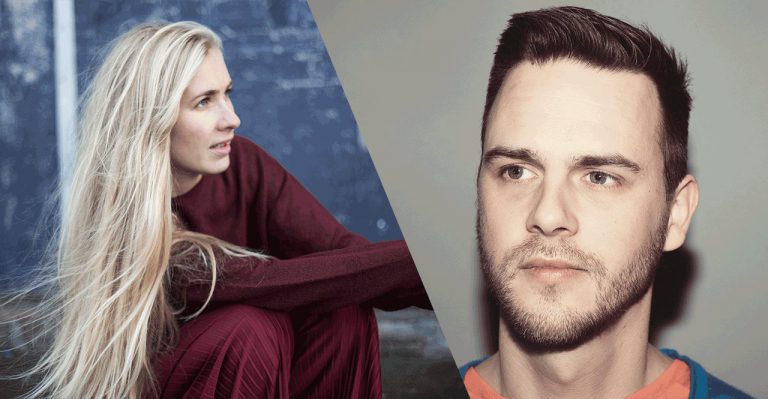 The classics and classical music
It can take a while before an artist finds his true calling. Pieter de Graaf’s quest started as early as when he was five years old, when he listened to his father playing classics and classical music: from The Beatles and The Rolling Stones to Chopin and Bach. As a teenager he immersed himself in the world of jazz and started studying at the conservatory in Rotterdam.

The Kyteman Orchestra
Pieter de Graaf learnt to improvise during his years as an inhabitant of Kytopia, Kyteman’s creative breeding ground in former Tivoli Oudegracht. The Kyteman Orchestra is known for its improvisation shows with classically schooled choirs, often lasting as long as two or three hours. This is where De Graaf found his passion for experimenting.

Pieter de Graaf
The project’s title Fermata refers to a symbol in classical musical notation indicating something like: ‘take it easy’. Pieter de Graaf went back to basic. Following sources of inspiration as Miles Davis, Nils Frahm, Rachmaninov, Bach, Chopin, Herbie Hancock, and of course Keith Jarrett, he combines easy melodies with virtuous passages, without losing the meaning of every individual song.

One-man show
Fermata is Pieter de Graaf’s quest for meaning. Live this manifests itself through a one-man show with a piano, bass pedals, some keyboards, and a laptop. Everything you hear flows from his fingertips during that magical moment. It can always be put into action at another moment. Every show is different and unique.

Annelie
Yet Pieter de Graaf is not really alone. Fellow professional Annelie will also perform her compositions. Over the last years, Annelie’s vocals, knowledge, and versatility became an indispensable link for many artists. On her album she deliberately imposes the restriction of allowing herself only one instrument. During her youth the piano, next to the saxophone, was the only instrument that increasingly attracted her attention. Annelie’s playing is based on subtlety and tranquillity, without losing emotional power and fickle excitement.