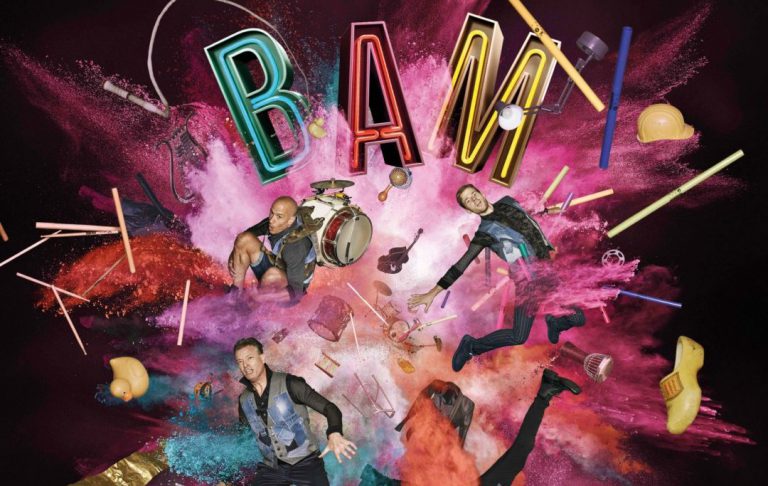 According to the men of Percossa, there is rhythm in everything. And that is what their performances are all about. These rhythmists manage to extract music from nearly everything. They do not just use traditional instruments, but also for example toothbrushes, buggies, and tubes. Their shows are musical and theatrical rollercoasters full of humour and emotion. Sitting still in your theatre seat is impossible!

Percossa
During the last years the group’s international success expanded enormously. They once started as Dutch rascals in the streets of France, now they are booked by the most important venues in Paris and Cannes. Furthermore, rhythmist magazine Slagwerkkrant declared them Best Rhythmic Group of the Benelux in 2017.

BAM!
Following major tours in Taiwan, Germany, France, the US, and Canada, their newest show will premiere in the Netherlands: BAM! A show containing highlights from previous shows, but new songs as well. “A musical rollercoaster full of humour and emotion” (Newspaper De Volkskrant ****). All in all a perfect performance for those who want to get to know Percossa as well as for fans who want to be surprised by new acts.