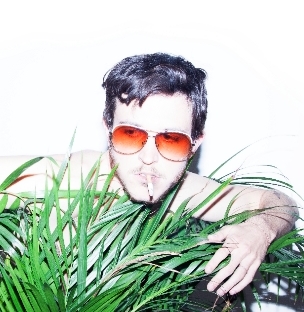 Oscar and the Wolf in English

Sadly they had to cancel their last performance at Noorderzon, but not to worry: the gentlemen of Oscar and the Wolf are coming to Groningen after all!

The Belgian band makes melancholic indie pop. Where at first comparisons were made with acts such as Bon Iver, Oscar and the Wolf’s sound has now become more and more their own over the past two years. A deep, dark and dreamy sound with a lot of electronic influences, in which you can hear minimal techno and electro r&b.

After the success of the first two EP’s (the folk oriented ‘Imagine Mountains’ and the more rhythmic, grand sounding ‘Summer Skin’) the Belgians released their debut album ‘Entity’ this year. High level dream pop, with strong songs such as ‘Princes’, ‘Undress’ and ‘Strange Entity’.

Oscar and the Wolf will perform after the end of Moss’s concert in de Kleine Zaal.

Oscar and the Wolf