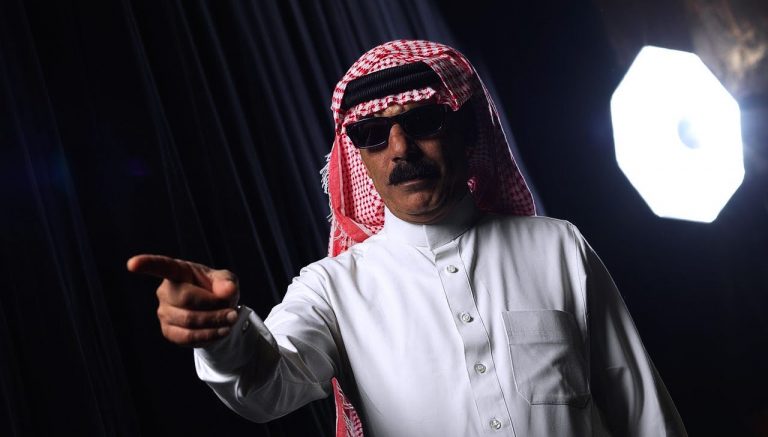 Omar Souleyman’s audience has been enjoying a mix of Arabian music and Western techno influences for years, so that it now is impossible to imagine the big-stage season without his unique sound!
Since the early tenties Omar Souleyman has developed into a phenomenon of non-Western dance music. Souleyman has been part of the music world for almost twenty years, but the American label Sublime Frequencies caught sight of him only recently thanks to the more than 500 cassettes he has released. Kieran Hebden of Four Tet subsequently produced two of his albums and he had the world at his feet with an extremely danceable mix of dabke and Western dance.

The Syrian singer invariably enters the stage wearing his stoic appearance, characteristic headscarf, sunglasses and big moustache, but his “Yalla! Yalla” yells are seamlessly tuned to the synthesizer pumping the beats. He has particularly been building a reputation in the international scene for the last few years. He played ADE, Zwarte Cross, Bevrijdingsfestival and his closing performance on Noorderzon was legendary. Contrary to the association with the lingering war in his home country, Omar returns nothing but love.

Join the Facebook event
Unreserved standing and seating only