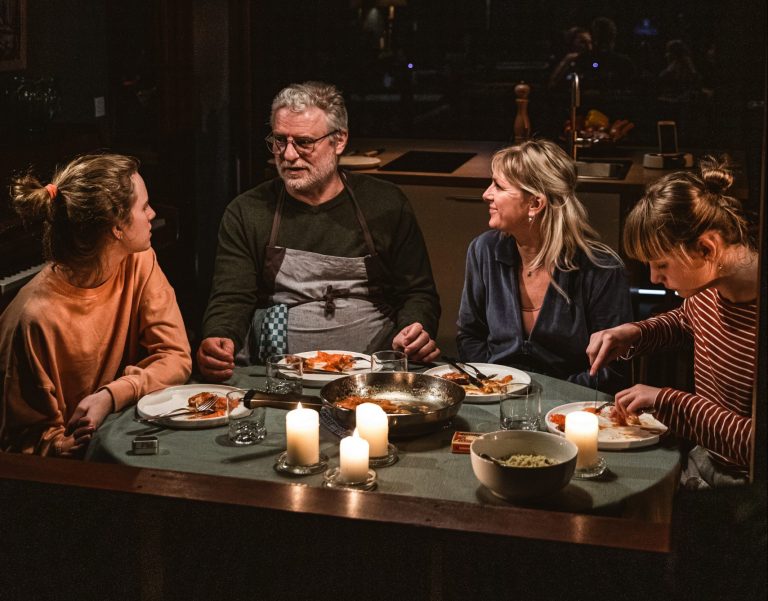 In 2007 in Calais, alle four members of a family have committed suicide: the parents and their two children. A motive was never found. The goodbye-letter stated: ‘We went too far, sorry’. What could possibly drive someone to commit such a crime?

A real family is staging the family drama: actors An Miller and Filip Peeters will be on stage with their two teenage daughters Leonce and Louisa (13 and 14 years old). Together they will reconstruct the last moments of this mysterious case, following the journey of their own family. From the first date until the end.

Milo Rau has been artistic director of NTGent since the 2018/19 season. In his productions, he often mixes real life with professional actors, reality with fiction. After the international success of Five Easy Pieces, bringing the life of murderer and child molester Marc Dutroux to the stage with children, and La Reprise, about the homophobic murder of Ihsane Jarfi in Liège, Milo Rau completes the Trilogy of Crimes with a family drama.

The performance is not suitable for young people under 16 years of age.
Do you have questions about suicide and do you want to talk about it? Call the suicide line 0900-0113 free of charge.