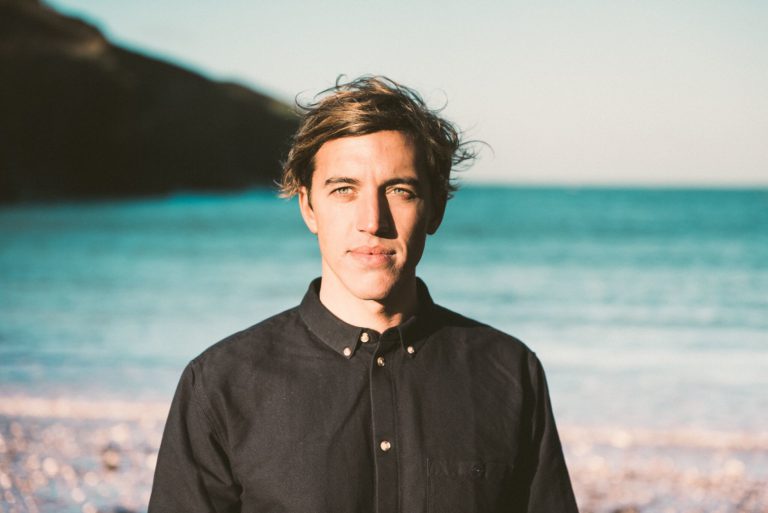 ‘Stand Up will thrill those who love good songwriting. It’s a slow burn, and slightly sombre at times, but deeply satisfying and filled with depths of humanity.’ lees hier de volledige recensie.

Nathan Ball. The man of alt-folk. Summery, but with a dark edge. The wonderful soundscapes combined with Ball’s warm voice and alternated with firm guitaring result in music to dream away to. Nathan previously played live in De Oosterpoort during one of our 7 Layers Sessions. We feel, however, that it is now time for a stage all to himself. On 8 December he will perform in the Lutheran Church: a place where his beautiful sound stands out perfectly.

It took some time before Ball entered the world of music. The passion for music was always there, but the folk singer did not know what to do with it. For this reason Ball decided to quit school and leave for a place where there would be no external pressure. A quiet place where he could discover his creative spirit and its use: making music. And how.

Back in England, Ball developed his sound to perfection. Writing, recording, and gathering band members. These efforts bore fruit super-fast. He played shows all over the place. Everyone was wildly enthusiastic.

The singer-songwriter faces his success matter-of-factly. “We were just moving along doing our own thing yet every show we ever played was packed out. Eventually people started coming along and saying: ‘How the hell are you doing this?’ We just kept making music and playing and somehow it connected.”

Ball is inspired by names as Daughter, Bon Iver, Foals, and The War on Drugs. He also uses experiences from his daily life as bases for his songs. Yet he leaves room for his listeners too. “I like to nod to the things I’ve been through but leave space for people to adapt each narrative to their own lives and experiences.”

Violetta Zironi wrote her first song when she was sixteen. Initially she was focused mainly on country and blues, but started to realise that the songs she sang did not really convey her true nature. She decided to plunge into the world of folk: an adventure of which the end will not be nigh any time soon. The Italian singer-songwriter will be support to Nathan Ball on 8 December.