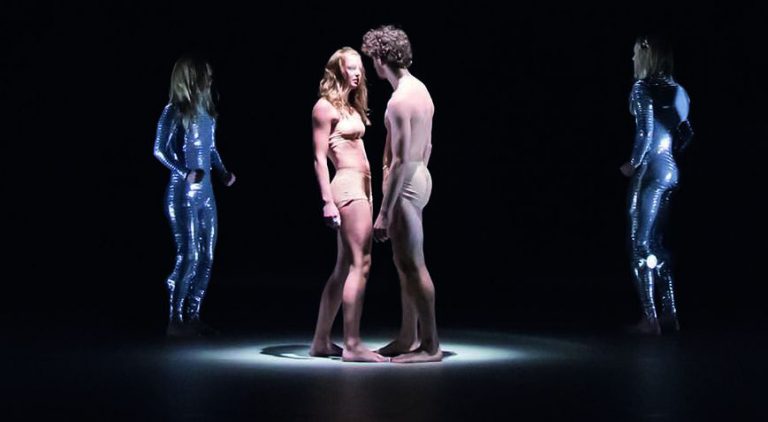 Sensational, futuristic dance
After the overwhelming ‘HIERONYMUS B.’ choreographer Nanine Linning’s ‘SILVER’ shows a spectacular scenario of the future, in which the intertwining of men and technology has reached its completion. The stage is populated by mechanically moving performers, dancing machines and odd, hybrid beings. In the futuristic theatre space created by design multi-talent Bart Hess, you will experience ‘SILVER’ full of fascination at one moment and with subdued unease the next. Composer Michiel Jansen’s music complements this mysterious dialogue between men and technology with alienating sounds. “Sensational”, according to the Süddeutsche Zeitung.