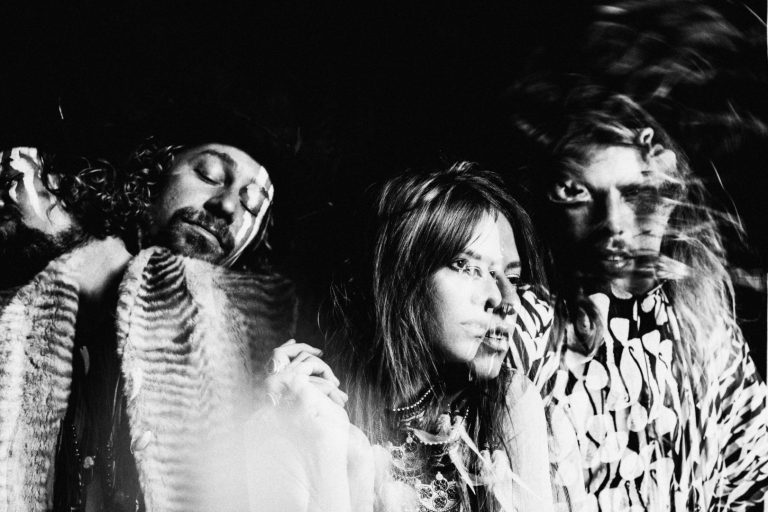 Tickets: via this website, our box offices, local record store Plato and Ticketmaster.nl

It hasn’t taken long for Amsterdam based psychedelic, shamanic trio MY BABY’s swampy blues and funk-inflected sound to cast a formidable spell, taking the world by storm.

Over the past 3 years, Dutch brother-sister-duo Sheik (drums) and Cato van Dyck (vocals) and New Zealand guitarist Daniel “daFreez” Johnston have had their mojo working overtime and are now ready for the release of their third album ‘Prehistoric Rhythm’. With their new album, the band aim to channel a primal awareness amidst hypnotic beats, shimmering soulful vocals and psychedelic riffs on the back of rootsy blues and dubbed out funk.

MY BABY’s music has been influenced by the power of spiritual music (gospel and voodoo spirituals) and the entrancing hypnotic quality found in music accompanying shamanic rituals. The roots of these phenomena can be traced back thousands of years, so can the music. This ‘tracing’ has become an important part of the ‘personal’ vision of the band and is a central theme on the upcoming album ‘Prehistoric Rhythm‘. The band has delved into some of those rituals, some of which exist to this day, and reflect on how a lot of contemporary culture has inherited from the past, that its cultural activity stems from these ancient traditions.