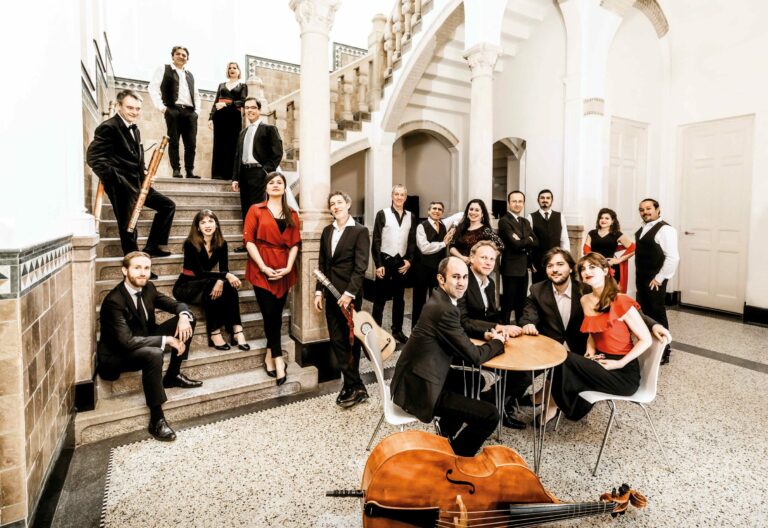 For a long time, Ariel Ramírez had been toying with the idea of writing a musical mass. As a poor music student in the 1950s, the Argentinian composer traveled through Europe. There, he spent some time in a German monastery, where the nuns Elizabeth and Regina Brückner recounted how they smuggled food to a nearby concentration camp during the war years. Much impressed by this story and in gratitude for all their help, Ramírez composed Misa Criolla, a religious work commemorating the events of World War II.

Musical baroque treasures from South American churches and monasteries
Music ensemble Música Temprana, who made a brilliant recording of Misa Criolla in 2021, is coming to Groningen a week before Christmas with a program in which this work is the common through-line. The group also plays the Missa San Xavier by the Italian Giovanni Battista Bassani and other musical baroque treasures that founder and conductor Adrián Rodríguez Van der Spoel discovered in South American churches, monasteries and libraries. Música Temprana offers a unique repertoire that is full of surprises, stories and ecstasy.

“What we have here surpasses everything we’ve heard before. Classically trained voices with roots in Latin American music, performing both baroque and more modern sounds with precision, but above all with passion and conviction.”
– Luister on the CD Misa Criolla and popular devotion in Early Music