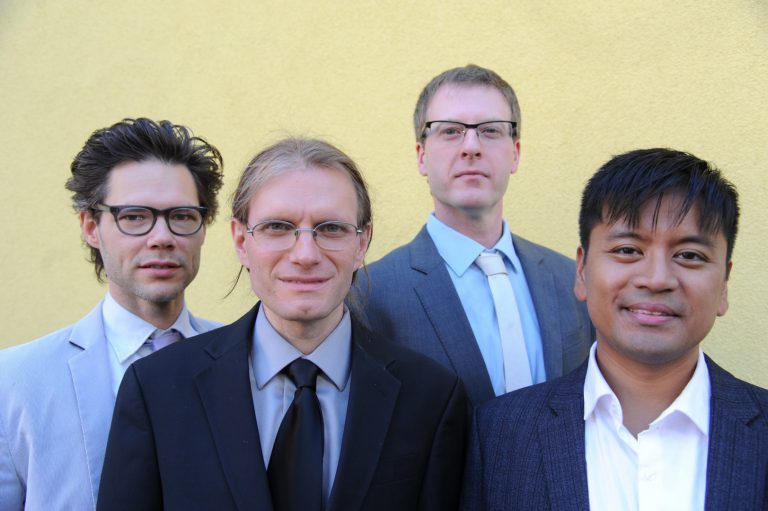 Mostly Other People Do the Killing in English

This band from New York was declared Rising Star Ensemble in 2009 by jazz magazine Downbeat. With self-willed ensembles like ICP and Sex Mob as important models, the four musicians have been turning jazz around. The CD ‘Slippery Rock’ (2013) for example contains ingenious play with the clichés of smooth jazz from the seventies and eighties. In 2015 the new album ‘Mauch Chunk’ was released, on which the four gentlemen created another portion of hyper energetic and modern jazz. Or, as the Flemish online magazine Jazzmozaiek described it: “Hard bob pimped with swing and grooves and unexpected winks, this time with among others Brazilian rhythms and even soul jazz.”