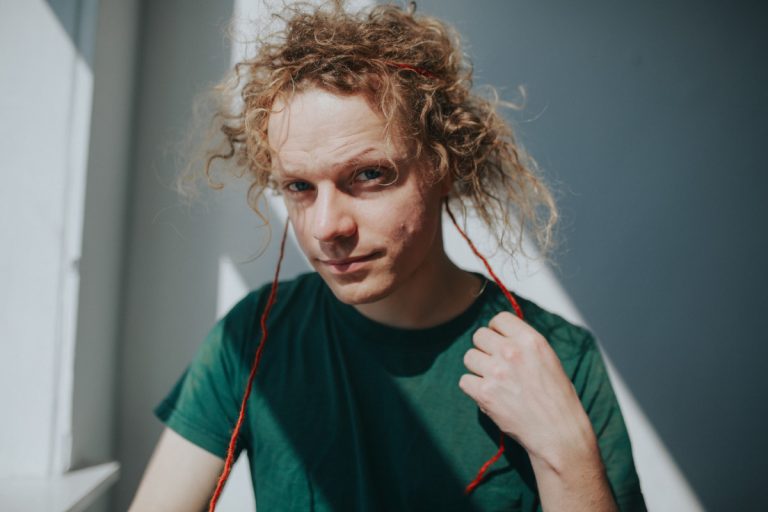 The Norwegian Pal Moddi Knutsen, Moddi for short, makes progressive folk songs that sound like a subtle middle course between Björk and Damien Rice. Inspired by distinctive freak folk and political protest, he released his debut album Floriography in 2010, smoothly followed by cult status. The songmaker will travel from Norway to Groningen to perform in De Oosterpoort on the 13th of September 2021.

Moddi
Moddi started his career as an autodidact: he taught himself to play accordion and guitar. And not unsuccessfully, for Pal Moddi Knutsen performed on his local radio as a 5-year-old. He adopted his stage name Moddi when he was 18 and has released several albums since.

Politics
He has been drawing attention to politics and environmental issues all through his career. This resulted in the 2016 project Unsongs: 12 songs that are banned in 12 countries. His latest album Like in 1968 is a homage to the year 1968 and carries an important message: “It’s never too late to start dreaming again.”