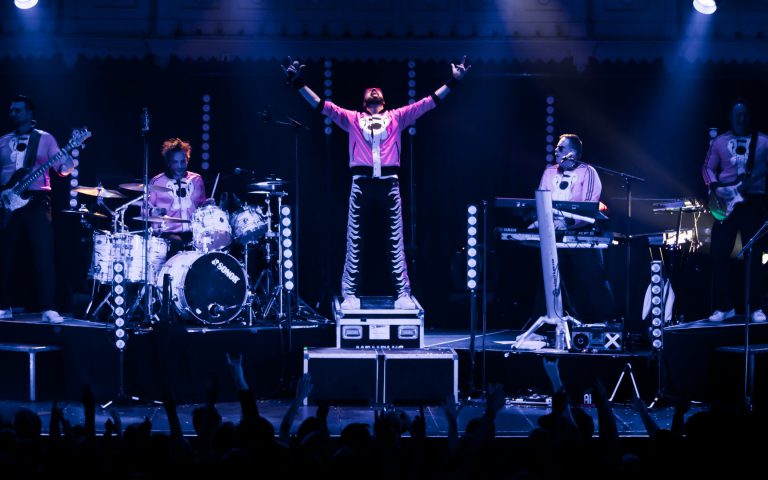 Memphis Maniacs is celebrating ten years of mash-up mania! At the end of 2005 the Maniacs rehearsed for the first time and in 2006 their first gig followed. That’s why for the band the year 2016 will be marked by this special milestone and of course this should be accompanied by a festival anniversary club tour by the ‘Masters of the Mash-Up’!

In these ten years the Maniacs have turned the Kleine Zaal upside down several times. Festivals such as Parkpop, Dance Valley, Zwarte Cross and Valtifest got the same treatment. During this anniversary tour the birthday Maniacs give a surprising and sentimental monster show in which current, brand-new and converted mash-ups alternate one another. They have the following advice for the audience: “Be smart, warm up your throat, put on your dancing shoes and come celebrate this historical party.”