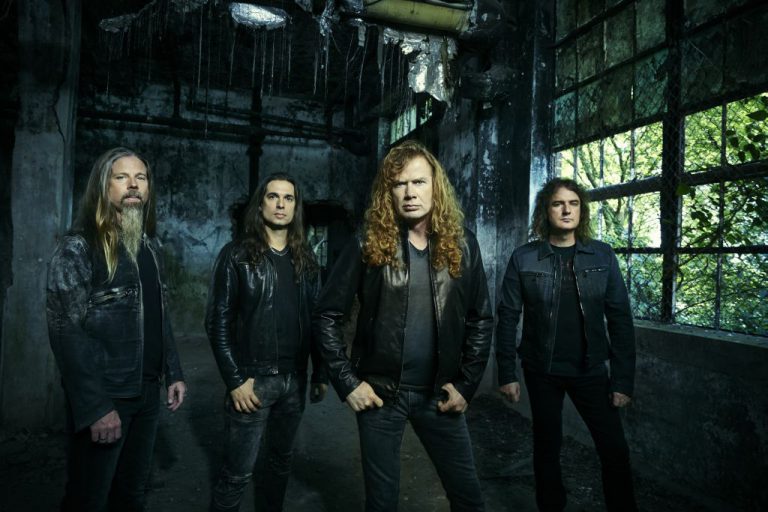 Megadeth is an American heavy metal band from Los Angeles. The band – now consisting of Dave Mustaine (vocals, guitar), David Ellefson (bass guitar), Kiko Loureiro (guitar) en Chris Adler (drums) – was founded in 1983 and became one of the major bands in the mid-80s and 90s.

After having sold more than 50 million albums worldwide and being nominated for a Grammy 11 times, Megadeth’s new album ‘Dystopia’ will be released in January 2016. Dave Mustaine revealed in an interview with Revolver Magazine that this album contains a lot of solos, drums and bass. With the album ‘Dystopia’ the band aims to go back to their roots and to create a proper ‘trash’ album.