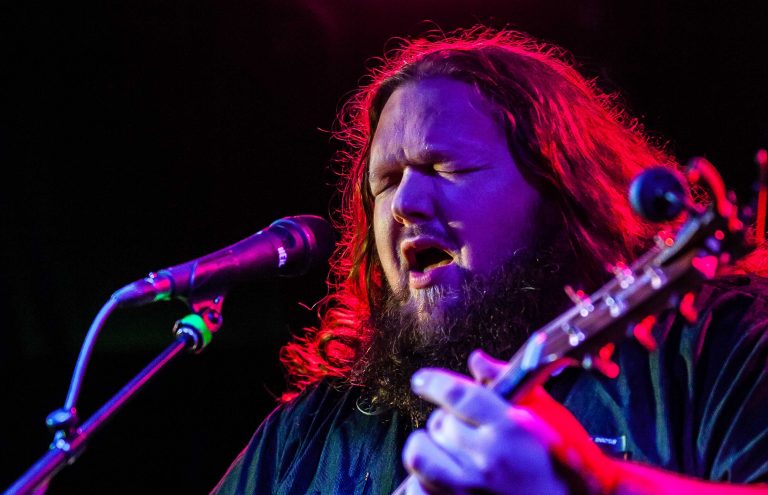 Canadian blues singer and guitarist Matt Andersen adds an imposing appearance to an impressive voice. His by now familiar roots-oriented sound is built of folk, blues, rock and country and is evolving more and more into a catchy kind of vintage R&B. On Sunday 15 December the Stadsschouwburg will be filled with Andersen’s raw voice. Immerse yourself in a warm bath of soul!

The music was always there
Andersen grew up in Perth-Andover, a village in New Brunswick with 1500 inhabitants, on Canada’s west coast. Farmers, a few bed & breakfasts; that is all there was. “My father was a forester, working in the woods. The only other kind of employment was the McCain factory. I spent all my time on music, luckily it was always there. When I was 14, I played tuba and trumpet and listened to classic rock, CCR, Eric Clapton, Rolling Stones.” These influences can still be heard in the masterpieces Andersen produces today.

Halfway Home By Morning
Andersen has released ten albums with True North Records since 2008, Halfway Home By Morning being his latest. This album was recorded ‘live off the floor’ in Nashville, in the legendary Southern Ground studio where artists as Eric Clapton, The Allman Brothers, Wille Nelson, Neil Young, Tony Joe White, Emmylou Harris, and Kris Kristofferson have recorded too. The album was very well received. “With Halfway Home By Morning Andersen not only confirms his reputation as masterly live act, but also brings his studio work to our attention” (Blues Magazine).