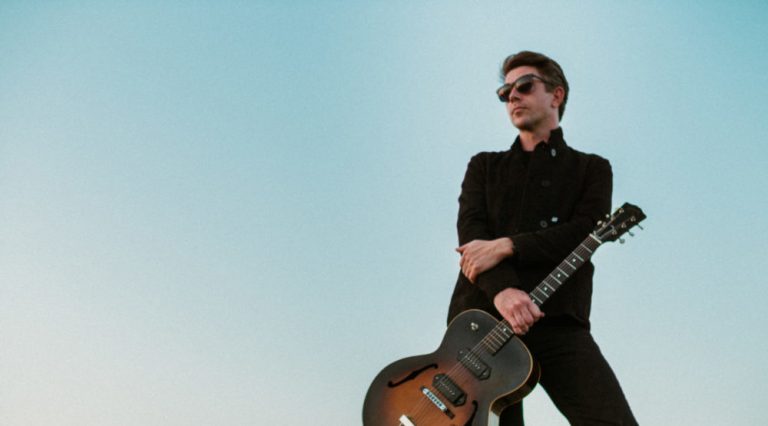 ‘On this new album, he delves into classic Southern Rock, commercial Blues, and Country, navigating the multiple genres with ease and keeping the focus on his whiskey-smooth vocals.’

Two weeks before De Oosterpoort will be shimmering with American roots music Luke Winslow-King provides the warming-up to TakeRoot 2018. He will present a musical mix with many influences in De Oosterpoort on Saturday 20 October.

New Album
The repertoire of guitarist, singer, composer and lyric writer Luke Winslow-King is a mix of blues, delta folk, rock ‘n’ roll, and classical music. He provides songs from a bygone era with an original sound and so pays homage to the American songwriter tradition he loves so much. For his De Oosterpoort concert he will undoubtedly perform songs from his most-recent album ‘Blue Mesa’.

New Orleans
Whereas there clearly was a blues element to his previous album due to personal circumstances – he and his private as well as musical partner Esther went their own ways – he is back on his familiar, eclectic track with ‘Blue Mesa’. The atmosphere of New Orleans, the city he moved to when he was 19 and has been living the past 15 years, resounds in every song.

Heart-warming and stirring
Winslow-King, an old soul in a young body, masters the slide guitar and his vocals are extraordinarily pleasant and smooth. In his own record collection, Ry Cooder and Bonnie Raitt are prominently present. His live performances are heart-warming, stirring and straightforward, with many of his own compositions as well as interesting versions of traditionals and other sources of inspiration. This makes him fit to be a ‘TakeRoot presents’ artist in every way: “As a guitarist Winslow-King rushes soul and blues through the wires of the electricity pylons that take the listener from Memphis, via the Mississippi Delta to New Orleans. “ (Alt Country)