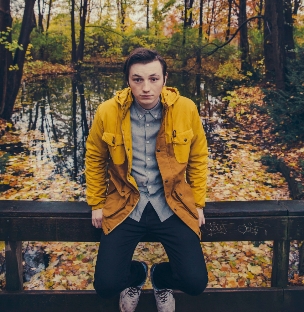 De Oosterpoort & Simplon present: Lewis Watson! Lewis Watson was given a guitar on his sixteenth birthday. He immediately got a taste for it and started to play for hours on end. Where some grow tired of it after half a year, Lewis Watson hasn’t put down his guitar since. Moreover, he has built his musical career at a high speed. In 2012 he released his first EP: ‘It’s got four sad songs on it BTW’. Two years later and Lewis Watson has released two more EP’s and has also gained a record deal on the way. As if this isn’t enviable enough, his debut album will be released July 7th and he recently performed in front of a sold out upper room at Paradiso. You will be able to hear and see the result of this whirlwind of events for yourself October 12th.

“The 20 year old singer songwriter is shouting to the rafters that he’s had 4 sad songs available to you, but he’s got more coming soon and my goodness, aren’t they ridiculously compelling.“