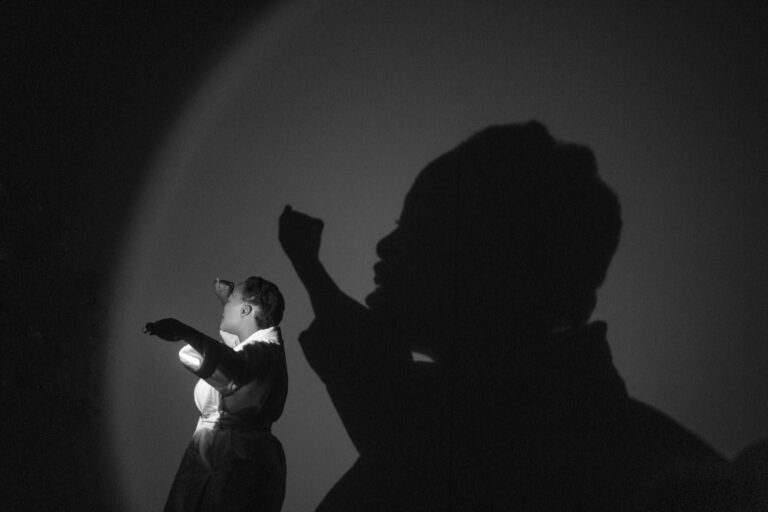 Koleka Putuma (South Africa, 1993) is a poet, performer and theatre artist. She stormed onto the South African literary scene with her debut collection Collective Amnesia (2017), which became an immediate bestseller. Putuma is seen as an important young voice in South African poetry. She belongs to a generation without memories of apartheid, but which still deals with its consequences and repercussions on a daily basis. As a result, her work probes themes such as race, homophobia, womxnhood, and the workings of power structures in relationships, religion and politics.

Her poetry is daring and inventive, not only in structure and language but also in form – sometimes it consists of only one line. She is the founder and director of Manyano Media, an organization that produces and promotes the work and stories of queer black artists and queer life.

In Taken Out of Con[Text] Koleka Putuma experiments fidgets with extracts from her published works, No Easter Sunday for Queers; Hullo, Bu-bye, Koko, Come In and Collective Amnesia.