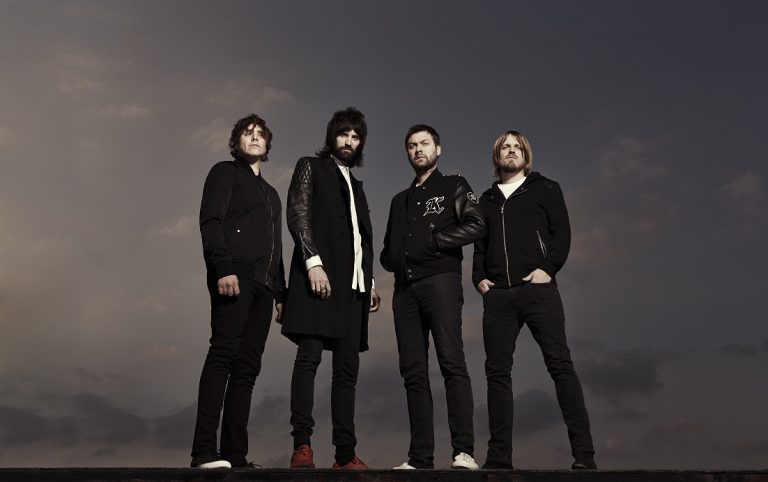 Kasabian is one of the greatest band the UK has produced these last few decennia. An act that can match the greats of rock music. For example, last year they easily held their own as a headliner at Glastonbury Festival, next to a giant such as Metallica. Kasabian gets its strength from typical British bravura and ironclad, danceable rock. Typical are the sharp lyrics, ironclad guitar riffs and the in-your-face drums. Tracks such as ‘Shoot the Runner’ and ‘Underdog’ have a drive that grabs you and pulls you along. A song such as monster hit ‘Fire’ is a bit slower, but still incredibly catchy.

The band was founded in 1997 in Leicester (UK). Yet their success didn’t come until 2004, with the release of the debut album ‘Kasabian’. By now the band has released 4 albums and many singles. Their last album ’48:13′ came out last year, the song ‘Stevie’ is in the football game FIFA 15 and the single ‘Eez-eh’ was used for several television programs and commercials.

Kasabian is a band that has climbed from the dance-rock underground to a place between the greats of rock music. A worthy ending to the club season of De Oosterpoort.