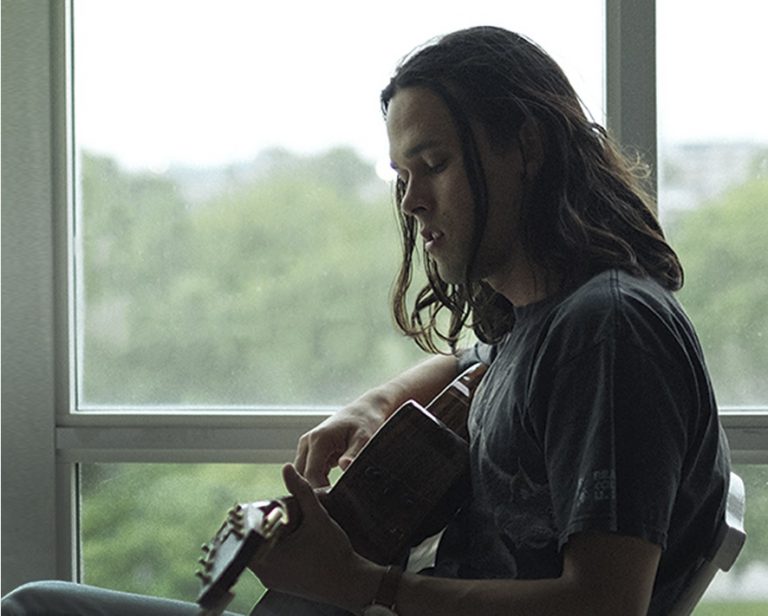 Tickets: via this website, our box office, local record store Plato and ticketmaster.nl.

He shared the stage with Stevie Wonder, Mary J Blige, John Mayer, and Jason Mraz. Following a performance in De Oosterpoort in 2010 and a show in the Lutheran Church in 2017, the Japanese-American singer-songwriter Justin Nozuka will return to Groningen for a unique show in the Stadsschouwburg.

Singer-songwriter Justin Nozuka released his first hit album when he was 17 years old. When he was 21, he shared the stage with big shots as Stevie Wonder and John Mayer. He was on Letterman’s show as well as on programmes as Kimmel and Good Morning America.

Justin Nozuka
After all the fame, Justin Nozuka decided to retreat to create leeway for the creative process. This worked. He released three singles from the album High Tide, of which the song All I Need is streamed almost a million times. Rolling Stone wrote about this: “High Tide is, containing just three tracks, way too short and leaves us mouth-wateringly waiting for the album.”

Soft folk-like songs
His latest songs are softer and more folky than his previous music. His new music is sunny, with a nostalgic vibe. Subdued songs that are most beautiful when performed live. A sound that reminds us of Simon & Garfunkel, Ben Howard, and Neil Young. Together with the latter, Justin Nozuka was nominated for the prestigious Juno Award; the Canadian equivalent of the Grammy’s.

An album in three parts
Luckily, we will not have to wait much longer for new music from Justin Nozuka. Following High Tide, Low Tide will be released on 16 February: the second part of a three-part series that makes up the complete album. By splitting his album in three, Nozuka hopes his listeners will be able to focus on the songs better. This approach suits his personal subjects and the social matters he addresses.

Spring sound
His summery nature-inspired music is the ultimate sound to usher in spring. And Justin Nozuka is keen to be heard: “I think it is exciting for the listener to explore the world of my music step by step.”

Tickets for Justin Nozuka in de Stadsschouwburg on 9 April will be on sale from Tuesday 30 January, 11 am.