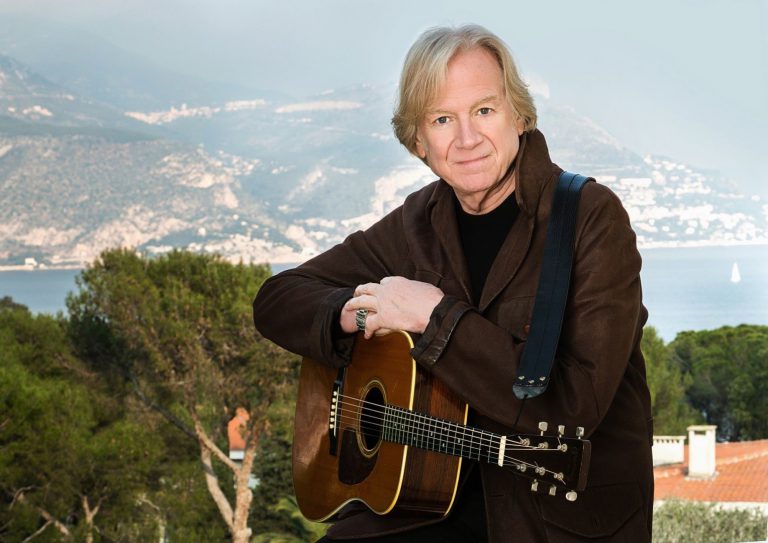 On 29 April Justin Hayward, mainly known for being the lead singer of Moody Blues, will bring his show to De Oosterpoort. The concert in Groningen comes at a special time: Hayward has been a leading figure in the music and entertainment industry for almost fifty years.

Moody Blues
Hayward is mainly known for being the singer, lead guitarist and composer of the band Moody Blues, which scored hits worldwide. On 29 April, he will be performing a solo show in De Oosterpoort. During the last forty-five years Moody Blues sold more than fifty-five million albums and received countless awards. Moody Blues is famous all around the world for being musically innovative and laying the foundations for many fellow artists.

Nights in White Satin
After Justin Hayward got the ball rolling as an independent songwriter with a few solo singles, he joined Moody Blues in the summer of 1966. This resulted in immediate success with the single Fly Me High, followed by the ultimate classic Nights in White Satin and subsequently the eminent album Days of Future Past.

Success story
His success did not particularly lessen when Justin Hayward made other genre-determining hits as Question, The Voice, I Know You’re Out There Somewhere, and Your Wildest Dreams. On the contrary, this lay the foundations for the incredible on-going success story of Moody Blues and his solo work.

Justin Hayward on tour
While he has been releasing solo albums and DVDs and working on several projects, Justin Hayward keeps touring the entire world with Moody Blues. “My acoustic solo tours give the perfect balance to the big production of the Moody Blues concerts. I am so lucky to have both.” Justin wants to share this feeling of happiness with everyone during his concert in Groningen. That is why he will be in De Oosterpoort on 29 April.