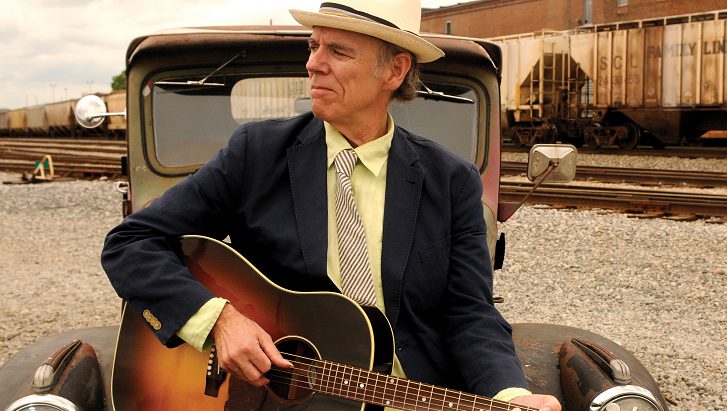 John Hiatt
As his career has been lasting more than 40 years now, we can safely say that the American singer-songwriter and guitarist John Hiatt has won his spurs. His solo adventure started in 1974 and he practised several styles, from rock & roll to new wave, folk, blues, and country.

He really broke through with his monster hit Have A Little Faith In Me, which subsequently has been covered by many (top) artists. Hiatt also wrote songs for other artists, as Rosanna Cash and Bob Dylan. He released his latest album Terms Of My Surrender in 2014. This mainly acoustic album is a very varied one containing 11 bluesy and folk-like songs, with a slightly satirical note from time to time.

Slow Turning
After the album Slow Turning, John Hiatt founded a new group entitled ‘The Goners’, led by slide guitarist Sonny Landreth. With this group, he makes raw rock tracks and pretty ballads. His show in De Oosterpoort focuses on the thirtieth anniversary of Slow Turning. Together with The Goners and Landreth, Hiatt will perform songs from this album alternated with some of his other well-known hits.