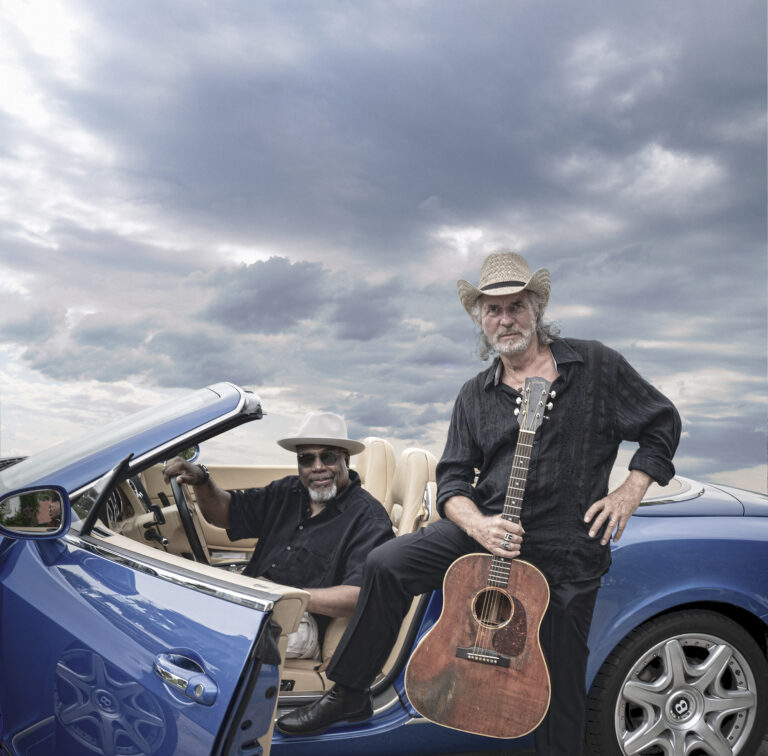 When you put Hans Theessink and Big Daddy Wilson together on one stage, you know you’re in for an unforgettable night. Both are premier league players within their musical genre, bringing a unique mix of energetic blues, American roots, folk and spirituals. During live shows, the two charismatic gentlemen serve up a colorful blend of their own songs, including both classics and brand-new jams.

Hans Theessink
After being on the road for fifty years and playing more than 8000 concerts, Dutchman Hans Theessink may rightly be called a blues and roots institution. His sonorous voice and unmistakable high-quality guitar style are always in high demand. The American blues press hailed him as ‘an international blues treasure’ and the legendary Bo Diddley famously called him ‘one helluva guitar player’.

The singer-songwriter from Edenton, North Carolina, USA has been traveling the world for 25 years, sharing his love of blues with people all over the world. In 2018 he went on a European anniversary tour, impressing fans with his energetic stage shows.