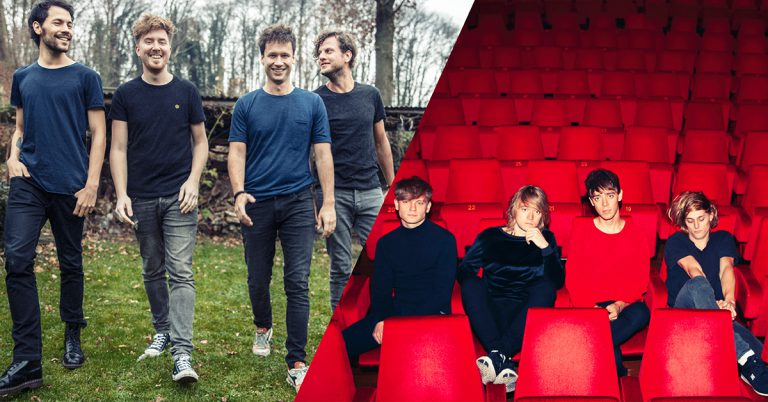 Handsome Poets and Orange Skyline. Together on one stage! That is bound to be a mix of danceable indie pop, 60’s rock ‘n’ roll, and modern garage rock. During this ‘battle of the bands’ on 27 December, these two young bands bring the party to De Oosterpoort.

The men of Handsome Poets never stop. The band is always moving, all by themselves and without record label. From their office / studio / private café in Gouda the best ideas keep arising. In that place, the energetic indie-pop-rock songs gain solid ground, to subsequently grow into top hits as Make It Better and Sky On Fire.

The band’s success grew in 2010 when the song Blinded, recorded for the film Chance, was released. The track was played by all national stations and yielded the men a lot of publicity. The second single, Dance (The War Is Over), was declared 3FM Mega Hit. Many television programmes invited the men to show their talents. Now, 500 shows and many top hits later, the band cannot wait to jump on every national and international stage to party together with the audience!

After seeing a performance by Oasis, these brothers, born and raised in the city of Groningen, were so impressed with the energy and ‘coolness’ they decided to start a band themselves.

Eventually it all started at Noorderslag, early 2015. Here, the band caught the attention of the Dutch public. And successfully too: it resulted in a festival summer during which Orange Skyline presented themselves on more than 40 festivals, among others Concert at Sea and Parkpop. The band scored their first airplay on NPO 3FM and was Kensington’s support act. Furthermore, they were nominated for an Edison, which led to the release of their debut album Things That I Hide. This album contains Britpop-oriented rock with a hint of electronics and indie. The album was immediately received well; with Sound & Fury they scored their first Megahit on NPO 3FM.

On 27 December and more than three years later, the band returns to the place where it all started, with many more hits in their pockets and tons of extra experience.