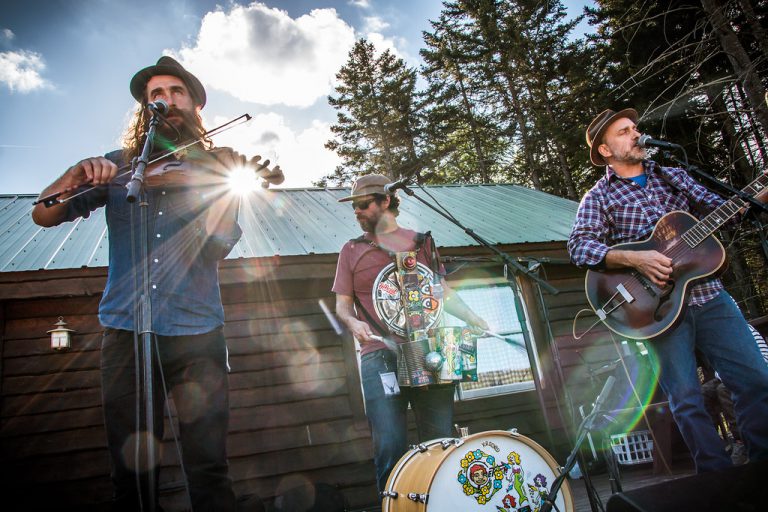 On 4 November Americana and roots festival TakeRoot celebrates its 20th anniversary, by launching their own beer, developed by Baxbier from Groningen. This new flavour will be presented in the brewery, on the eve of 20 years of TakeRoot, with a concert by the energetic and swinging Hackensaw Boys from West Virginia. Even though we have programmed outside our own building before, this is the first time De Oosterpoort presents a concert in Baxbier’s brewery. The Baxbier team loves music and festivals and was enthusiastic about collaborating immediately.

The band Hackensaw Boys – from Virginia – are mainly famous and notorious for their performances. It might be a country and roots band, but during live concerts they strike as a punk band, comparable to The Pogues. They slash their guitars, scrape their violins, and sing extremely catchy songs. The boys have long had difficulties capturing their unbridled energy and enthusiasm on records. This changed with ‘Charismo’, the album they released in 2016 and on which they sound focused, present fine songs, and play tightly and energetically.

Although the duo David Wax and Suz Slezak had already released two albums before, they broke through in 2010 during the Newport Festival. David Wax Museum made an impression and was the talk of the town. They are from Boston, but were mainly influenced by southern music, particularly sounds from Mexico. They travel the USA practically nonstop, also after their friendship developed into a marriage and they had a child. These new responsibilities inspired David and Suz to write great new songs, culminating in the album ‘Electric Artifacts’, which was released in autumn. The album features a great number of musicians, but they will come to Groningen as they once started: as a duo.