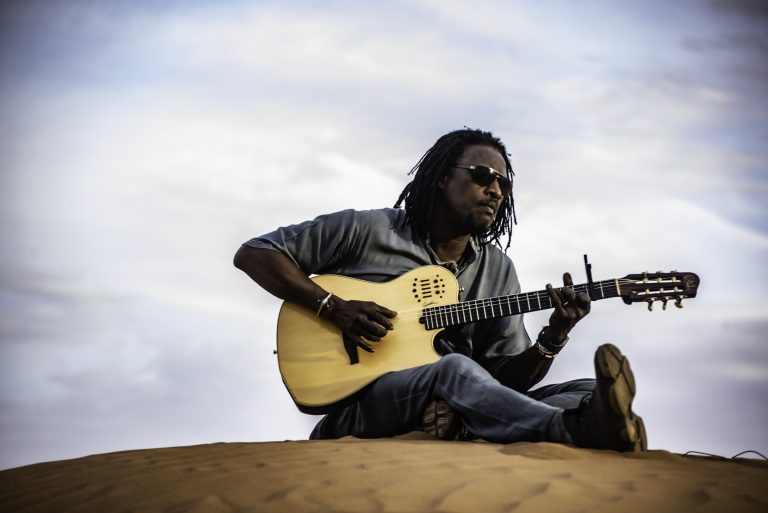 One of the keys to the success of the great Malian guitarist and singer Habib Koité is his superhuman tour schedule. With his band Bamada he has performed more than 1500 shows. Koité is mainly known for his unique guitar play, magical strumming that can suddenly flutter towards blues and flamenco. Combined with inspired and melodious singing, he takes you on a journey straight to a West African oasis. On Thursday 31 October, Koité and his band will play in De Oosterpoort.

Habib Koité & Bamada
Habib Koité graduated as a guitarist from the National Institute of Art in Mali in 1982. Habib founded his first band Bamada not before he was thirty. Habib Koité & Bamada achieved great success at home and abroad over the years. He scored his first major hit with Cigarette A Bana, from his first album Muso Ko. This album reached the top of the European world-music charts. Since then, the songwriter has been touring almost constantly.

A colour palette of sounds
Koité combines the best of Mali’s rich traditional heritage with the best of modern blues and pop music. His sparkling, virtuoso guitar technique and soft, husky melodious voice is loved by pop and world-music aficionados all over the world. Travel along to Koité’s home country.