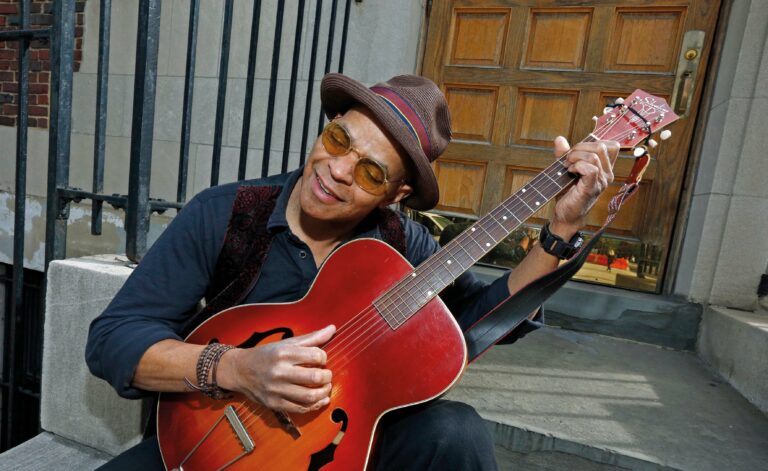 Although the versatile bluesman Guy Davis was born and raised in New York, he does not make large-city blues. Acoustic guitar, harmonica, banjo and washboard; that is all he needs. At the moment, he can be described as the international ambassador of acoustic blues. On Tuesday 26 November Davis will play in the Der Aa-Theater. Expect his characteristic finger-picking style, supported by a warm blues sound.

Inspiration
Davis grew up in New York City, but developed his passion for blues through the stories of his grandparents, who were from the deep south of the US; the countryside blues originates from. That influence still is present in Davis’s musical career. He gladly leaves the beaten track, yet never discards traditions.

”It’s Sonny and Brownie live – and taken to another level.” Read the entire album review by Blues Blast Magazine here.

Grand repertoire
As a bluesman should, Davis has got some stamina: in 2018 Sonny & Brownie’s Last Train, his fourteenth album, was released! This album contains some fine traditionals, as Take This Hammer, Baby Please Don’t Go To New Orleans and Midnight Special. All executed in pure Guy Davis style!