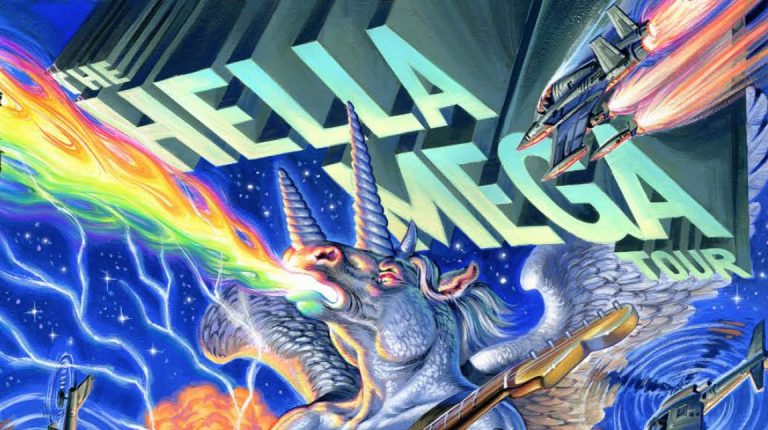 They played in the upstairs bar of pop podium Simplon for a mere handful of people in 1992. Now, more than 25 years later, Green Day, together with Fall Out Boy and Weezer, which performed in Vera in 1995, announces the Hella Mega Tour, on June 22, 2022 in the Stadspark in Groningen. It is the only concert of the three iconic rock bands in the Netherlands.

Hella Mega is a so-called triple bill which easilly can be called the ultimate mash-up of pop, rock, punk and alternative. Three rockbands that have put their marks on rockmusic for many years, will join forces during this world wide tour!

Green Day, founded in Berkeley, California, in 1986, is one of the world’s best-selling bands of all time, having sold more than 70 million albums worldwide and 10 billion cumulative audio/visual streams. Their 1994 breakthrough album Dookie, of which more than 10 million copies were sold, reaching diamond status, is commonly considered the album that has revived the popularity of punk rock at the time.

Green Day released the rock opera American Idiot in 2004, selling more than 7 million copies in the US alone, for which they were awarded with a Grammy Award for Best Rock Album. A theatre adaptation of American Idiot premiered on Broadway in 2010 and now Green Day will climb the international stage again with their new album and worldwide Hella Mega Tour.

Fall Out Boy’s single “Dear Future Self (Hands Up)” ft. Wyclef Jean is part of their latest album Greatest Hits: Believers Never Die – Volume Two. It is the band’s first new music since the release of the Lake Effect Kid EP in August 2018; a love letter to their hometown Chicago. Fall Out Boy also featured on the track “I’ve Been Waiting” in January, a collaboration between Lil Peep and iLoveMakonnen.

Fall Out Boy’s seventh studio album, M A N I A, entered the Billboard 200 on number 1 in January 2018 and received a Grammy nomination for Best Rock Album.

Weezer’s long awaited album Van Weezer will be out in may 2021. The album was inspired by Weezer’s deepest roots – metal! When he was young, frontman Rivers was a great KISS fan; Brian was a big fan of Black Sabbath; Pat adored Van Halen and Rush; and Scott loved Slayer and Metallica. The last time this liking for harder rock was uttered by Weezer, was on their beloved 2002 album Maladroit.

The Hella Mega Tour is produced by MOJO in collaboration with SPOT Groningen.