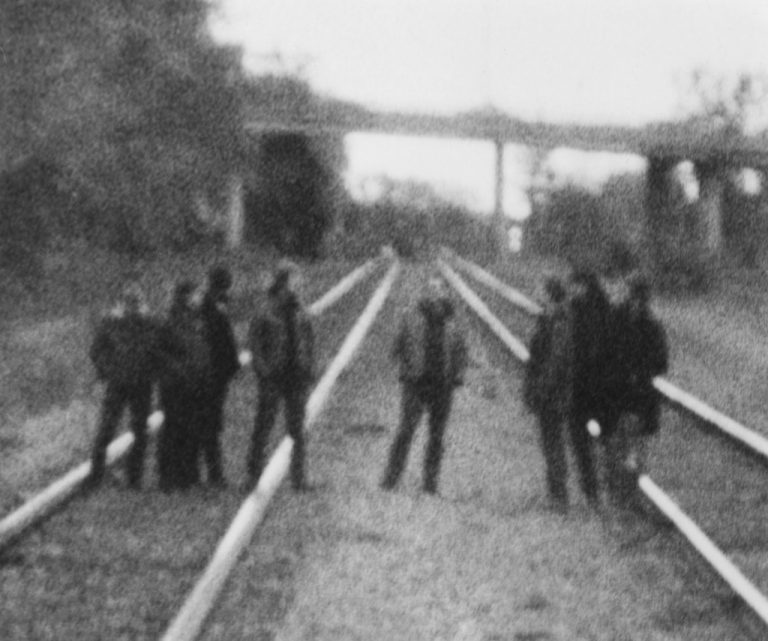 They are called the banner holders of Post rock, the difficult to fathom collective GodSpeed You! Black Emperor, consisting of a variable amount of musicians and visual artists from Montreal, Canada. After their formation during the mid-90s, they quickly released their debut album “F♯ A♯ ∞”. The European tour which followed brought them to VERA and it gained them the title ‘Best concert of 1998’ during the yearly VERA Poll.

A new favourite was born, but one who colours outside the lines. Because in the years that followed, more side-paths were taken, of which Thee Silver Mt. Zion Memorial Orchestra & Tra-La-La Band and Fly Pan Am turned out to be the most interesting projects. In the meantime like-minded bands such as Mogwai and Explosions in the Sky have visited Groningen several times and they’ve proven Post rock is a beloved genre.

In 2010 Godspeed You! Black Emperor, after eight years of hibernation, suddenly announced a tour, which recently also brought them to a completely sold-out Paradiso. That restarting the machine was more than a one-off was proven by the in 2012 released ‘Allelujah! Don’t Bend! Ascend!’, a great record filled with the idiom GYBE has used before, and it was brought with renewed passion. The same thing can be said for the record “Asunder, Sweet and Other Distress” which was released this year and is the reason for this tour. Expect an enchanting and hypnotizing post rock show, brought with orchestral bombast and supported by experimental visuals.