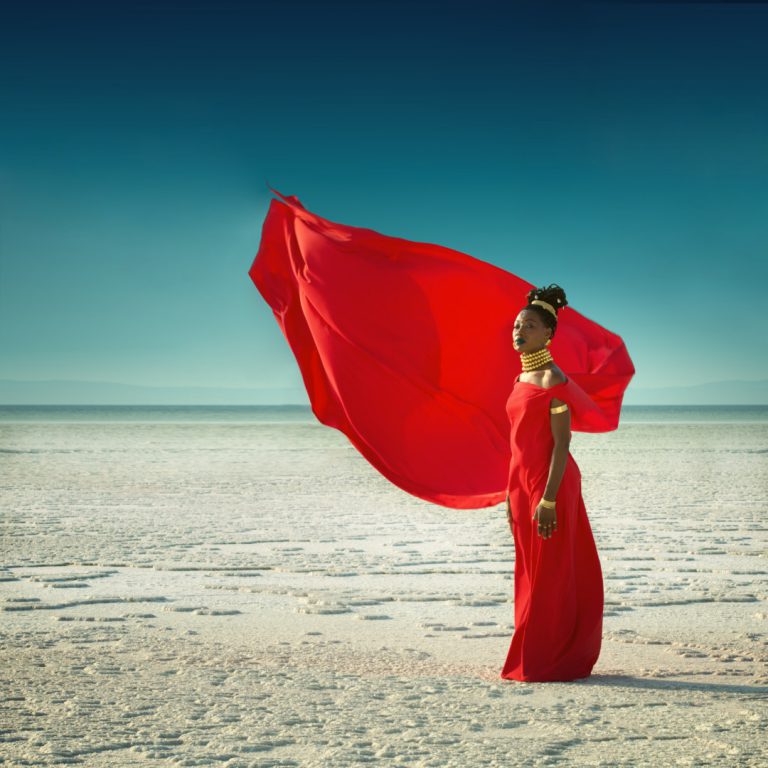 With Fatoumata Diawara, one of the greatest stars of the African pop firmament is coming to De Oosterpoort. The Malian singer-songwriter made name in one fell swoop with her 2011 debut album Fatou. Reason for national newspaper the Volkskrant to declare her “super talent of world music”.

Music about everyday African life
In a mix of African music, western pop, and jazz, Fatoumata sings with a sparkling, warm, and wonderfully layered voice about the joys and sorrows of everyday African life, particularly about the difficulties women face and about her own (at times) troubled past. As a young woman she had to fight to free herself from her family’s and society’s expectations and traditions. She sings about this fight in melodious songs, accompanying herself on guitar.

More than just a sublime singer-songwriter
Many fans eagerly looked forward to the successor to her splendid 2011 debut and they had to wait to early this year. The reason for this is that Fatoumata is more than a great musician. She played her first film part when she was fifteen, which among others led to wonderful performances in the touching Timbuktu in 2014 and Mali Blues in 2016, a musical road movie about the conflict between the rich Malian music culture and the impending sharia law that forbids every form of music.

New album Fenfo: “blessedly astonished”
Finally, in 2018 her new album Fenfo (‘to say something’) was released, with which Fatoumata surpassed the wildest expectations. National newspaper Trouw recently saw her and her live band perform in Paradiso: “The ecstasy, the anger, the drive, and the faith in her own abilities, Diawara is completely credible on all fronts. She plays the guitar and sings, moved to tears, until even the roughest visitor is deeply touched. (…) A phenomenon you listen to and watch blessedly astonished.” So… buy your ticket quickly.