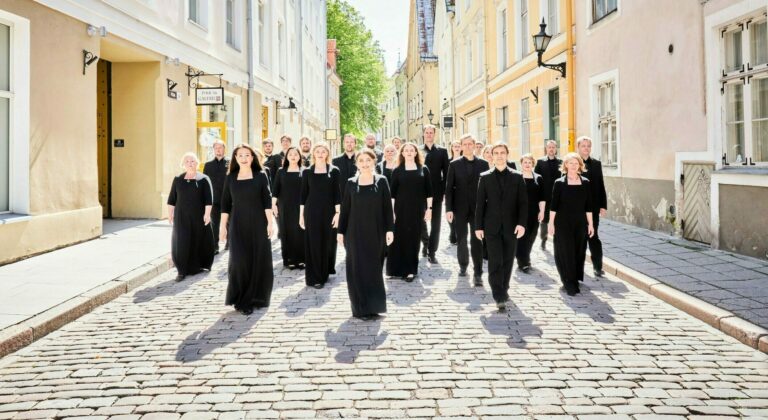 When you are looking for the very best choirs in the world, you are certain to run across the Estonian Philharmonic Chamber Choir. It is not for nothing that the ensemble has been a regular guest within our classical programming these recent years. Tõnu Kaljuste founded the Estonian Choral Institute in 1981, handing over the reins twenty years later to Paul Hillier, who would then be followed by Daniel Reuss and, afterwards, Kaspars Putniņš. Since August 2021, the baton has been returned to Kaljuste.

Arvo Pärt
The fact that Arvo Pärt, leading purveyor of spiritual landscapes, is part of the program, will not surprise anyone. Not only is he the most famous composer Estonia has ever produced, the history of the EPCC is also inextricably linked with Pärt. You will hear two pieces by Pärt: Deer’s Cry and Magnificat, a gripping hymn to Mary and one of his absolute masterpieces.

Cyril Creek
Much less known, but also of great importance to Estonian music is Cyrillus Creek. Psalms of David (Taaveti Laulud) is one of his most important works.

J.S. Bach
Three motets by Bach form a lovely counterpart to these Baltic sounds. In short: the Estonian Philharmonic Chambor Choir offers an evening of impressive chorales made by three deeply religious grandmasters, where you can find solace, refuge, or a place where you can let the beautiful music just float over you.