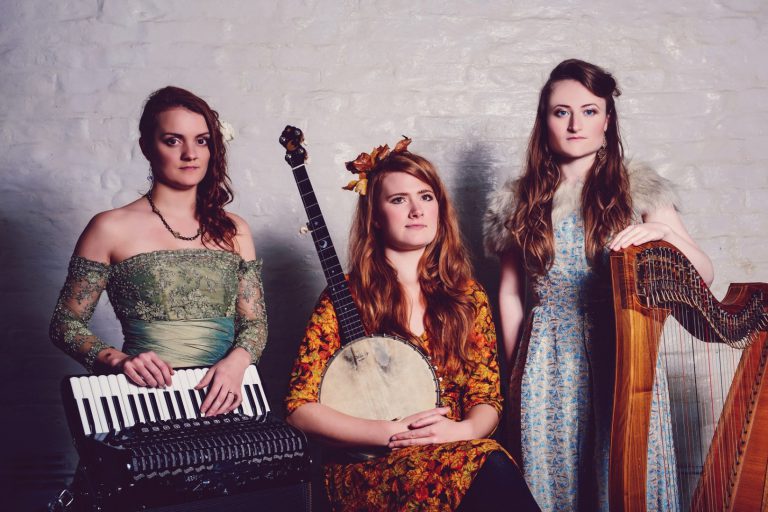 Lady Maisery consists of Rowan Rheingans, Hazel Askew and Hannah James and they have been making a name for themselves fast in the English indie and folk scene over the last few years. The debut album ‘Weave & Spin’ (2011) and its successor ‘Mayday’, which received four and five-star reviews, contain British classics as well as their own songs, sometimes exuberant, then dark and menacing, sang in part and tastefully accompanied by violin, banjo, harp, concertina and accordion.