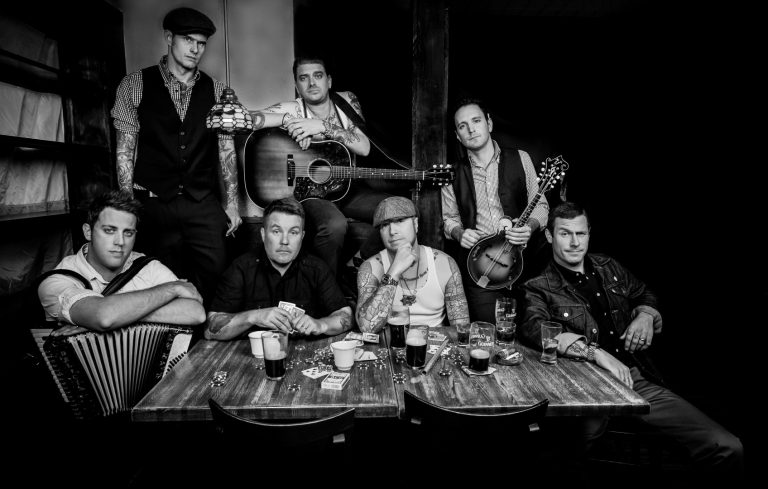 Ten years ago the song ‘I’m Shipping Up to Boston’ (based on a text from Woody Guthrie) sounded in the opening scenes of the crime movie ‘The Departed’ from Martin Scorsese. The song was played by none other than Dropkick Murphys.

The band Dropkick Murphys, originally from Ireland, has a very characteristic sound. In 1997 their first album ‘Do or Die’ was released, but only with their fourth album ‘Blackout’ the band really broke through. The Dropkick Murphys’ sound consists of festive punk combined with Irish folk. The band sprang from the same alley as The Pogues and Billy Bragg. Dropkick Murphys are always up for a party and the band has a formidable live reputation. No wonder, because when the band members are not recording they are always on tour. And this has been the case for more than 20 years! So, St. Patrick’s Day arrives a little late in Groningen this year but it definitely will be a great party!