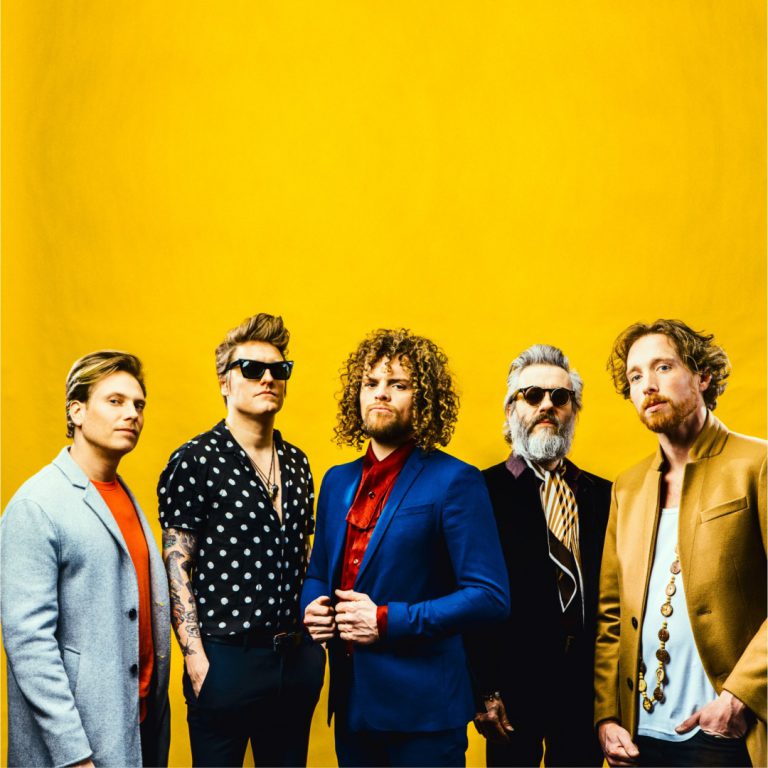 Autumn 2016 is all about new DI-RECT music. First of all, their ‘Fired Up’ EP will be released in September and subsequently several album recordings will be released during the remainder of autumn.
‘Fired Up’ already was cause to make a new sound heard on stage. With three sold-out club shows in smaller venues in their diaries, DI-RECT is looking ahead. In 2017 it is time to take it to the next level. On Thursday 2 March the band kicks off in De Oosterpoort in Groningen. With their ‘Fired Up’ EP DI-RECT adopted a new and exciting course with four new and fresh tracks. To be able to capture the ‘live spark of the stage’ in the studio, DI-RECT joined forces with producers Tijmen van Wageningen & Kasper Frenkel. In the Electric Monkey studio in Amsterdam the main goal was recording and capturing the excitement and joy of the new songs.

“Fired Up is a song where everything fits, an existing idea finished with fresh inspiration. If you are making something new and the energy goes through the roof all of a sudden, you know you are on the right track.” (Bas van Wageningen)

In these new songs DI-RECT is accompanied by a three-piece brass ensemble. During their 2017 club tour there will be no less than nine band members on stage. The familiar energy will be present during the entire tour but the band will also challenge itself to reinvent its old repertoire.

“The challenge is to keep it exciting, for ourselves as well as for the audience. New tracks also make you rethink your older repertoire and so everything keeps moving continuously.” (Jamie Westland)