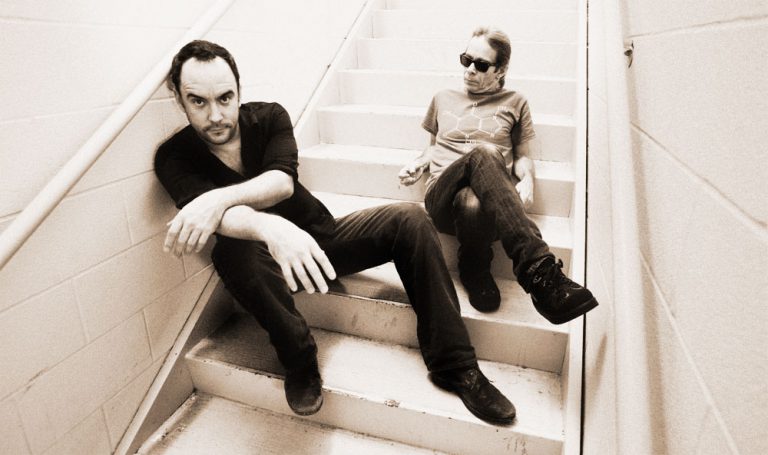 Our restaurant Tromp will be open from 3.30pm tomorrow in case you wish to have a bite before the show! For the true early birds we will also be selling sandwiches in our café from 1pm onwards. See you tomorrow!

“You have to give Dave & Co. this: they ascended not only to the jam scene vanguard, but also to the upper echelons of American pop music, and throughout 25 years of changing tastes, peaks and valleys, they’ve been consistent, rarely faltering, paying close attention to the care and oiling of their machine parts while other bands tried on different identities.” – C. Berndston (Jambase)

A maximum of four tickets per person.

Dave Matthews and Tim Reynolds have been having a special musical chemistry for years. Next spring they will tour Europe with a unique show. The duo plays an intimate acoustic set, consisting of songs they perform in their purest form. The two musicians share extraordinary stories about their long-lasting musical careers in the show as well.

Dave Matthews Band is known for its impressive live performances and sold more than 20 million tickets and 38 million albums and DVDs over the last ten years. It is the first group ever to enter the Billboard 200 taking first place with six studio albums in a row. The band scored hits with, among other songs, What Would You Say, Crash Into Me, Too Much and Everyday.

In 2003 vocalist and guitarist Dave Matthews released his solo album Solo Devil, containing the single Gravedigger. Matthews was rewarded with a Grammy Award for Best Male Rock Vocal Performance. Tim Reynolds is an autodidact multi-instrumentalist. He, among other instruments, plays guitar, sitar, djembe, twelve-string guitar, violin and mandolin. Reynolds is mainly known for being part of the Dave Matthews Band. He also is one of the founders of the electronic trio TR3. As a duo Dave Matthews and Tim Reynolds already released three live CDs: Live At Luther College (1999), Live At Radio City (2007) and Live In Las Vegas (2010).