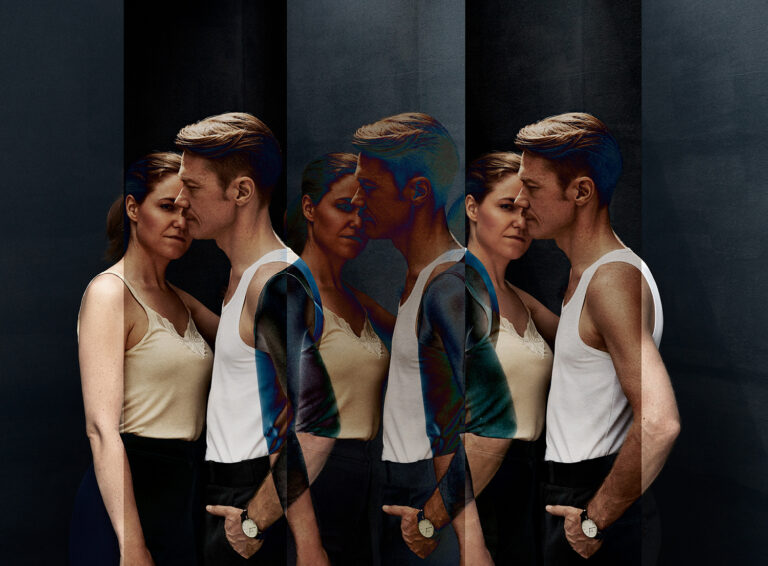 “For all its sonic variety, there’s a consistent thread of honesty and, dare we say, authenticity to this record. To that end, when Darling West approaches heavy themes, it does so directly, tenderly, and believably.” – No Depression over We’ll Never Know Unless We Try

Cosmic folk. That’s the term Lucinda Williams put on Darling West after sharing the stage with the Norwegian duo a few years back. An appropriate term, even though their new material also leans into sunnier and more band oriented West Coast landscapes.

When Mari and Tor Egil Kreken started Darling West back in 2013, the project was intended as a way to give the married couple an opportunity to spend more time together. Tor Egil was one of Norway’s most critically acclaimed studio/live musicians. Mari was hardly idle at home, and although she didn’t play any instruments at the time, her beautiful voice landed her several gigs as a backup singer. After a few years of practicing the guitar, harmonica and other instruments behind closed doors, Mari was ready to enter the stage as the frontwoman of Darling West. In creating Darling West, Mari and Tor Egil combined their fascination for American songwriting traditions and their ability to write catchy and memorable melodies.

Darling West are always on the move. Since the release of their Spellemann-winning (Norwegian Grammy) album Vinyl and a Heartache (2016), they’ve built a reputation as a dedicated and hard-working unit. Their Nordic twist on American songwriting traditions was received very well, showcased with While I Was Asleep (2018) and We’ll Never Know Unless We Try (2020). That album reached #20 on the US Americana Music Album Radio charts, and #1 on the US Roots Music Radio charts. No Depression wrote: “For all its sonic variety, there’s a consistent thread of honesty and, dare we say, authenticity to this record. To that end, when Darling West approach heavy themes, it does so directly, tenderly, and believably.”

S. Lois (Wijtze Valkema, the Netherlands) is a folk singer laying down no-nonsense vocals on a layer of up-tempo guitar flatpicking, influenced by the boom-chicka sound from Americana legends. In May 2022, he released his third studio album The Mountain & The Ghost. On the album, S. Lois embraces his love for bluegrass without going strictly traditional, blending the famous genre from Kentucky with his folk sound and playing.