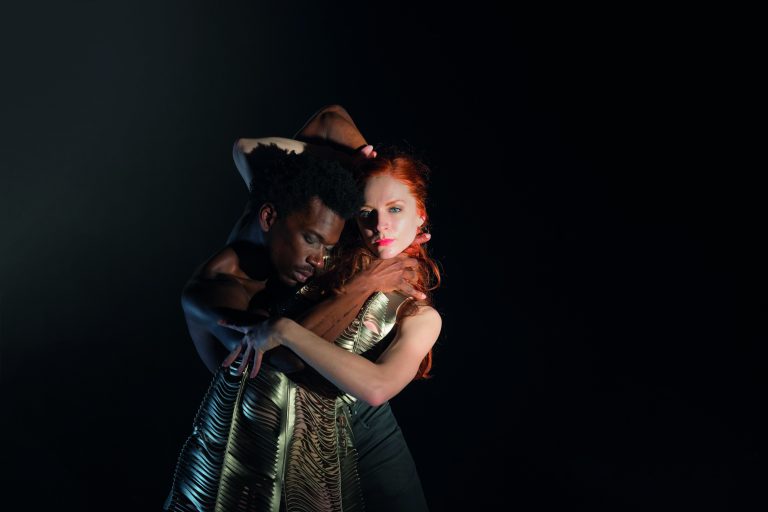 Endless Song of Silence tells the universal story of two people drifting apart. Linning turns the spotlight on a relationship between two people who straddle the thin line of breaking up, showing the stages of a relationship full of confidence and love, spiralling into sorrow and separation.

“A delight to the eye”

During her stint with Scapino Ballet Rotterdam in 2005, Nanine Linning laid the foundation for Endless Song of Silence by creating an 18-minute duet. She did so to great critical and popular acclaim. She then turned it into a full-length performance, which, expresses the vulnerability of two people. Gorecki’s impressive Third Symphony in combination with film projections and live video images form the backdrop for the struggle that goes with love.

“The set design in ‘Endless Song of Silence’ is a delight to the eye…. The interaction between the video images and dancers looks fabulous.” (NRC Handelsblad)

“The wonderful thing about this dance piece is that it is left open to different interpretations. Some will see this as symbolic for the aftermath of an intensive relationship conflict, while others will regard it as representing humanity’s vulnerability.” (Het Financieel Dagblad)